What Really Happens When You Pull Guard in The Street 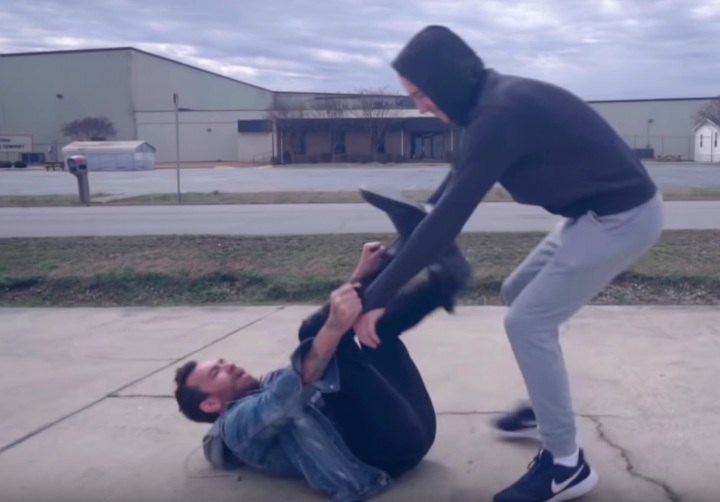 Pulling guard in the grappling world is often ridiculed by Wrestlers and Judo players who see it as a cowardly tactic when facing someone in an altercation.

The reality is that nowadays in a BJJ competition match, with the current rules of sport BJJ, you can actually win matches with very little knowledge in the takedown department.

Can the same be applied to self defense?

Jocko Willink a BJJ black belt under Dean Lister and Navy Seal legend outlines that the number one option when faced with an attacker, is to do the smart thing and run away:

So it’s a lose-lose situation to get in a confrontation on the street. If you can break contact and get away, break contact and get away. That’s what you should learn self-defense for. Obviously, if someone is doing something that they’re attacking someone in your family and you have to step in to defend yourself, well, that’s why you continue training all the time — because that might happen, and you have to be prepared for that. Optimally, you get out of there: You break contact, you get away. If you have to stand and fight, you train yourself so that you’re able to do it.”

In this video, self-defense experts, Jamie Kilstein  and Eli Knight show what happens when you pull guard in the street.

This (humorous) video shows that pulling guard is an effective method of neutralizing a mugger.

This is of course a joke 😉

What do you think?