What is ‘Aliveness’ Training in Grappling & How To Benefit From it 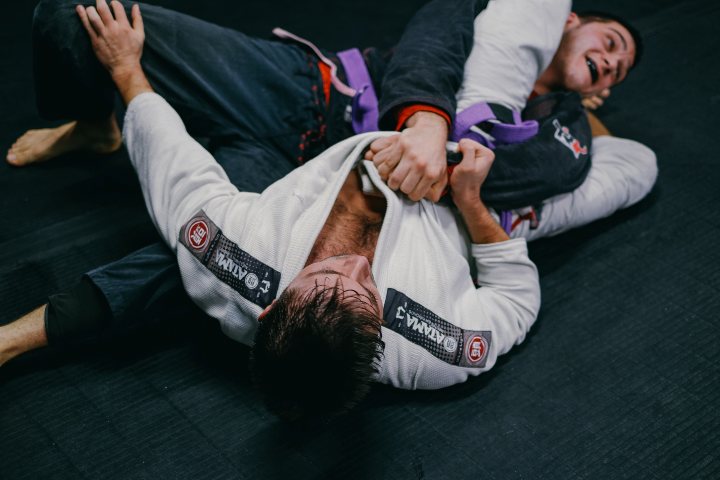 If you train Brazilian Jiu-Jitsu or any other grappling art you may have already heard of ‘Aliveness‘, also referred to as alive training describes martial arts training methods that are spontaneous, non-scripted, and dynamic. Alive training is performed with the intent to challenge or defeat rather than to demonstrate. Aliveness has also been defined in relation to martial arts techniques as an evaluation of combat effectiveness.

Aliveness often attempts to mimic the level of resistance found in the activity the training is intended to prepare a student for, i.e. Hand-to-Hand Combat or Combat sport. According to BJJ black belt Matt Thornton (founder of Straight Blast Gym International), an Alive training method must incorporate Movement, including spontaneous footwork and the active resistance and intent of all parties during drills or sparring; Timing, in which there is no “predictable rhythm… pattern,  repeatable series of sets” which would lead students away from acquiring applicable skill; and Energy, the practice of committing, with intent and realism, a given technique during sparring, “bag work” or drills. Matt goes on to say that “…there are many things we may do that improve [our] bodies that are not ‘Alive’. Its just that all of those things fall under the category of conditioning/exercise… Aliveness comes in when you include a partner.

Many believe that incorporating Aliveness into training regimens is important, if not a requisite for producing an effective martial artist. Because Alive training involves resisting opponents, sparring sessions produce situations of continuous, un-choreographed attack, an effect which cannot be replicated through the practice of rehearsed routines. Students also learn to deal with the physical pain and stresses involved in combat situations requiring high levels of exertion. Alive training imparts a sense of fluidity and spontaneity; Alive drills do not follow set patterns, and are designed to seamlessly transition from one drill to the next.

Matt Thornton is known in the BJJ world as the founder of Straight Blast Gym International, an association of over 35 gyms worldwide engaged in training athletes in Brazilian jiu-jitsu, boxing and mixed martial arts.
He is also well known in the martial arts community for his formulation and promotion of the concept of “aliveness” in training, as well as for being one of the first gyms to feature cross training in boxing and other fighting sports at the beginning of the growth of the sport of Mixed Martial Arts in the 1990s. He was among the first American-born practitioners to receive a black belt in Brazilian Jiu Jitsu.

Matt Thornton explains ‘Aliveness’, and  how it applies to Brazilian Jiu-Jitsu:

“Why do you place so much emphasis on this point as opposed to others?

Aliveness is everything. If a person grasps the principle and truly understands what is mean by it. . then they can never be bullshitted again . That’s why I emphasize it so much. I am also constantly being asked… what’s better… this or that. . this style or that style….why don’t you do this drill anymore…why do you say this doesn’t work… The answer to all those questions is Aliveness……..so once they grasp what that means then about one thousand and one of their questions are answered for them. It’s everything.

However, if someone wants to collect a certificate from a well known “Sifu”, or look cool doing two person forms, then they will not care or pay attention to the concept of Aliveness.

Why do people then find the Aliveness concept so difficult to accept?

I think that is because when some people start to train Alive, and expose their students to Alive training, they often have to throw out a major portion of the curriculum they learned before. This is because it is shown to not work when applied against a resisting opponent. And Aliveness gauges that very quickly.

All of the sudden the premium is placed on performance. And Arts that perform well. . .boxing, wrestling, Judo, Muay Thai, BJJ, and others, become the base.

Why do you think there are a lot of Instructors that are still not teaching with Aliveness?

Two reasons. One is they don’t know how yet. They honestly just don’t know exactly what Aliveness is. Two is fear. They are smart enough to know what Aliveness is, but the curriculum that such a principle would demand is something they are scared to get into 100% of the time. They have too much they would need to throw away, or stop teaching. They have a position or reputation that they have spent Years developing, and they feel like they have come to far to step back and admit that perhaps they where wrong in the past, and that there is a better way. That’s to bad, because that attitude prevents growth, and produces fear. Fear leads to anger, and that anger comes out as a defensive reaction. You have to be willing to let go.

Well since boxers hit bags, and football players run tires, don’t you believe you need a mixture of both Alive & dead training?

What you are describing is not what we would call a “dead” drill, but rather a set of conditioning exercises.

Yes, you can lift weights, and then train with Aliveness and be highly skilled. You can also run tires, jump rope, do wind sprints, practice Yoga (I am a big believer in that), and a host of assorted other conditioning drills, and if combined with a combat sport, yes, you can be highly skilled.

But, if you are going to train an activity specific movement designed for ‘fighting’, then you need to train movements that are functional and will work against aggressive, resisting attackers. And when training those movements with another human being, you need to make that training Alive. *(see ‘I’ method)Otherwise your training will not translate under pressure.

But people lift weights, run tires, etc, to develop attributes, so why not do sombradra, hubud, kata, or two person forms for that reason?

Lifting weights is a conditioning drill. It will enhance you fighting skill, because it makes you stronger, and in better shape. It will not teach you how to do an armbar better. That requires an Alive opponent. That is what “isolation drilling” is for. In order to develop functional fighting skill you have to invest in thousands of hours Alive drilling against a resisting opponent.

That is why it is important to separate conditioning drills, from sports specific training. Athletes don’t become confused, they know the distinction, but Martial Artists often do. There in exists the problem.

Sombrada as an example is not taught as a ‘conditioning drill’, it is taught as a sports specific drill. It has been alleged by those that teach it that it is the first stage used to teach people to fight with a stick. It is not sports specific because it does not apply directly when you spar. . .the way an armbar does in BJJ. You don’t teach an “armbar flow drill” to enhance attributes, and then when it comes time to spar the armbar say. . .okay now we have to make these changes to make the armbar work. Again, that would be counter productive. That is one of the many reasons why Sombrada, as it is often taught, is not and Alive, or sport specific drill.

You could attempt to make the argument that it can be used to “enhance other attributes” which many people attempt to do, but why learn something the wrong way in order to enhance attributes. It is not rational.”