What Does It Take To Become a BJJ World Champion? 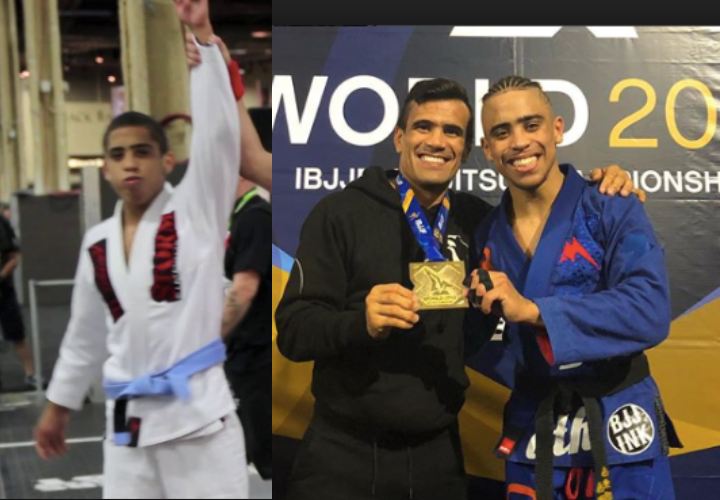 So what does it take to be the next Marcelo Garcia? Or a Cobrinha? How does one reach that legendary level of expertise? What are the requirements? In this article we’ll explore the fundamentals and create a hypothetical plan for a future BJJ world champion.

It probably goes without saying that BJJ legends put in a huge amount of training. Their twice daily workouts typically consist of up to six hours a day. Training at their elevated level combines conditioning with strength training, BJJ, and possibly wrestling and or judo. The long hours in the gym allows fighters to respond intuitively to every situation, even ones that may seem unfamiliar. Most people simply can’t afford to devote such long hours to training. Staying on track requires a balanced and realistic schedule. This can sometimes mean sacrifices, such as, passing on social outings with friends and family. In Malcolm Gladwell’s book, Outliers, he makes the point that “the magic number for true expertise [is] ten thousand hours.” Should a future world champion be putting in that much time? Absolutely.

There are people out there who are better than Marcelo Garcia, as weird as that may sound. There are individuals, like the world champions, who in fact have a gifted talent for BJJ, that are just as determined and passionate about the “graceful art”, however because of a serious injury due to for instance, tapping out too late, has resulted in them never coming back to BJJ again. Taking care of your physical body while trying to become a world champion is extremely important! Within a split second of pushing a move past the limit, your body can be seriously injured which puts you in bed rest for a couple weeks to months, which hinders your training and shape immensely.

Have you ever noticed how world champions compete anywhere they can, even if it’s just the local tournament on the weekends? There’s an important message there to try to compete as much as you can, even if initially you are losing. Go to training camps, or different BJJ schools, because practicing with a variety of different partners will give you a good breadth of experience. “You must not fight too often with one enemy, or you will teach him all your art of war,”said Napoleon Bonaparte. It’s probably sage advice, and if  you want to become a world champion, you will need to branch out from your small, local gym. If you are striving to be the best, you need to train with the best. Even just spending a half hour sitting on the mat exchanging different takedowns and techniques with other people could be helpful and will allow you to stay in a competitive mindset. It’s also important to train with instructors who work with your personality. Trainers set a huge vibe for the class. The best coaches have a smile on their face when they teach, and are calm and patient yet detail-oriented. And a future world champion needs the perfect training environment in order to succeed.

If you are serious about becoming a BJJ champion, you must organize your life in such a way as to get in as much drilling, sparring, and training as possible. You need tons of mat time against quality opponents, and a good awareness of your own self throughout this process. Champions are not created overnight; their training and maintenance takes up a lot of time. If you think you have what it takes to become a BJJ legend, you must be single-minded in your pursuit.