What A ‘Mat Enforcer’ In Brazilian Jiu Jitsu – And How To Be One? 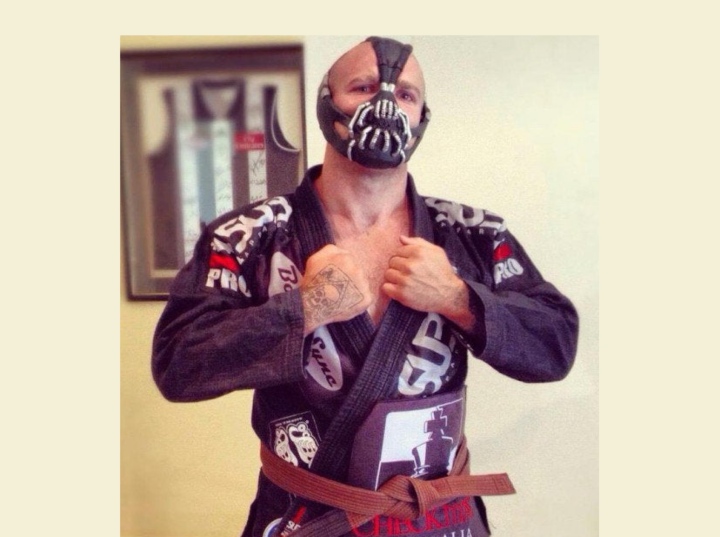 If you’ve been training Brazilian Jiu Jitsu for long enough, then you’ve probably heard of someone being called a „mat enforcer“. But, what does this even mean – is the mat enforcer just some guy who beats up unruly guests?
Well, yes but no. There’s more to it.

WHO IS A MAT ENFORCER?

So, who is a mat enforcer anyway? Basically, it’s a highly skilled Jiu Jitsu student, who has the „power“ of checking those who don’t behave properly.

You’ve surely witnessed a scenario similar to the following one. A new guy comes into your BJJ academy – either being a total beginner or someone who dropped in for the open mat session – and he is a total jerk. He is arrogant and rude to the people who train. He’s rude either by not behaving properly (giving unsolicited advice or/and ridiculing someone’s technique, etc.), or by rolling like a madman; hurting people in the process and „giving lessons“ to anyone who taps him out. 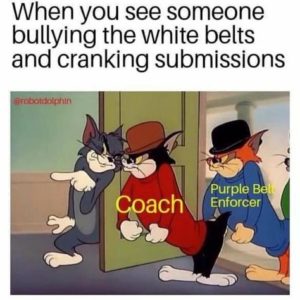 SO, ARE MAT ENFORCERS NECESSARY?

Of course they are! The people of the sorts described above need to be put in their right place. Often times, it will be the coach who’ll take on the responsibility to make the person know that their behavior is unacceptable; pulling them gently aside and letting them know that they shouldn’t be acting like they have.
And, a lot of times, this will be successful! The person may simply be new and spazzing out too much, not knowing how to defend themselves without hurting others in the process. Or, they may come from a really competitive gym where there are „no holds barred“; so they never learned how to roll a bit easier. 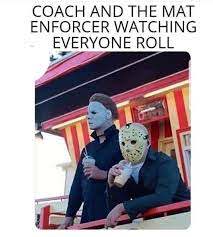 But sometimes, just talking with the person won’t work. And that’s where the mat enforcer needs to step in; to make the person know that, no matter how „great“ they think they are, there’s someone in the academy who can make them feel as inadequate as necessary. That, if they don’t start behaving nicely, they’ll keep getting wrecked all the way until the training session ends.
Now, the mat enforcers don’t step in only when things are already going haywire. The coach can use them to roll with the new person before anyone else does; so as to get a „feel“ for how the other person rolls and „who“ they are.

The mat enforcer protects his training partners from those whose spazzing and jerkiness can lead to injuries and other forms of negative experiences.

HOW TO BE A MAT ENFORCER?

The mat enforcer has to be a highly skilled BJJ athlete; preferably the most skilled (and, as a bonus, the strongest) guy in the class. He has to be able to deal with any „threat“ that comes through those doors – handling it with superb technique.
Also, he has to have self-control; especially when rolling with someone who they have no idea how they’ll act. The mat enforcer can’t just go 100% against every person; but he has to be able to handle things on a very individual level, depending on the scenario that’s happening.

And thirdly, they need to be true martial artists. The mat enforcer has to show his love for Jiu Jitsu, his honor, loyalty to the team and art; and true willingness to help the other side grow.
Because, even when the other guy is a total douchebag, the mat enforcer’s values have to be above his wish to break the douchebag’s arm. That’s what BJJ is about.