Ways to Train Takedowns Without The High Risk of Injury 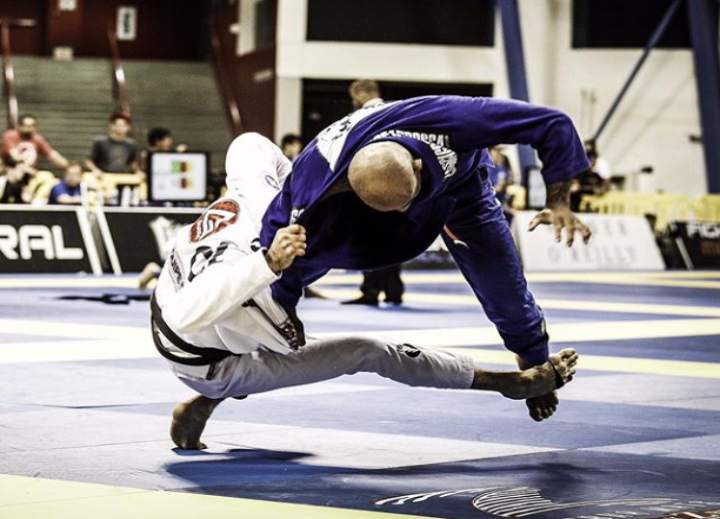 One of the most commonly neglected aspects of training for a BJJ player is the takedown game. How wrong is that? Especially considering that just about every fight starts standing. There are a few reason to why plenty of students start on their knees, but the biggest one is simply to avoid injuries. There is no denying that as important as takedown training is, the amount of injuries that come out of it usually outnumbers the amount of injuries that come from starting on the ground. So the solution cannot be to avoid the standup game completely. The solution has to be training takedowns in a safer way without losing it’s effectiveness. Here are a few tried and true tactics to reduce injury rates without avoiding this crucial puzzle piece.

​Start in an over under clinch and swim back in forth switching under hooks with you partner for thirty seconds, then fight for double under hooks for the next 30 secs, full resistance. After a few rounds of this, advance the drill to not only fighting for double under hooks, but include advancing to standing side control. Once somebody reaches the dominate standing position, restart. Establishing double hooks and or standing side control gives you countless takedown advantages.

One of the hardest aspects of the takedown is the actual entry. Getting by their hands, grips and frames. This drill works exactly that. Square off with your partner and for 1 min go back in forth with entry of choice, no resistance, no takedowns. After the first minute start a full resistance entry round. Once somebody enters in with a single leg hold, double leg hold or a judo hip lift, pause and restart. No takedowns here, just a battle for the entry.

​You can never drill enough and this includes standup. Pick a takedown and with no resistance drill it back and forth from standing to ground for 3 min. After the first round, start with the same takedown, but have your partner drill the takedown defense. Do this round for 3 minutes as well. For the final 3 minute round, add a combination takedown that counters their defense. You and your partner are able to drill takedowns, defenses and combinations. Plenty of reps usually increases rates of stand up success.

​Boxers shadow box because it is an effective training tool, yet grapplers always seem to forgo it. Use the shadow round to mix up shadow shots with sprawls and footwork. Work level changes, circling, moving in and out all without a partner. After a few weeks of this you will notice your standup speed and movement will have improved dramatically.
​One reason that BJJ is such an effective art is our ability to train with high intensity while minimizing injuries. It is time that we apply those same training principals to the standing game. Try these training tactics out for a few weeks and watch your standup game quickly catch up to your ground game without the high risk of injury.