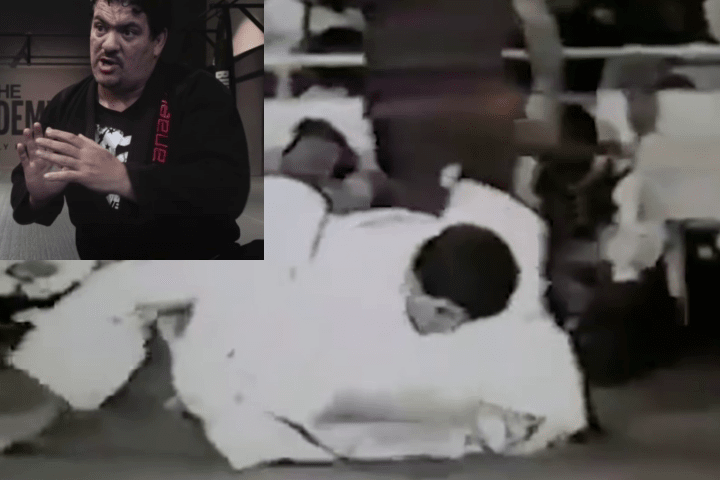 Remember 1986? You probably don’t – even if you’re one of the more seasoned BJJ athletes who’ve been born before that year. However, what every Jiu-Jitsu practitioner should know is that one of the most memorable BJJ matches in history happened that year: Rickson Gracie fought Rigan Machado!

Rickson Gracie is one of the most well-known, and perhaps the best BJJ athlete that ever walked the Earth. He made an enormous mark in Jiu-Jitsu and mixed martial arts, and has supposedly been undefeated in hundreds of BJJ and street fights.
In case you haven’t already, make sure to check out the recent podcast that he did with Jocko Willink. Among other things, they spoke about how he’d train for at least 4 hours every day, how he was taught by Rolls to forget about points; and to always go for the submission. He dove in the structure of his training back in the day… And how every roll with Rolls was, basically, a fight.

Rigan Machado, on the other hand, is the very first black belt graded by Carlos Gracie Junior. He’s now an 8th degree coral belt, with the 2000 ADCC and multiple Pan American championship gold medals to his name. He currently teaches out of his academy in California.

Watch the exciting match between him and Rickson on the videos below to see the drama unfold; as well as to hear Machado’s comments on the bout.