Watch: BJJ White Belt Uses His MMA Training to Stand Up to Bully 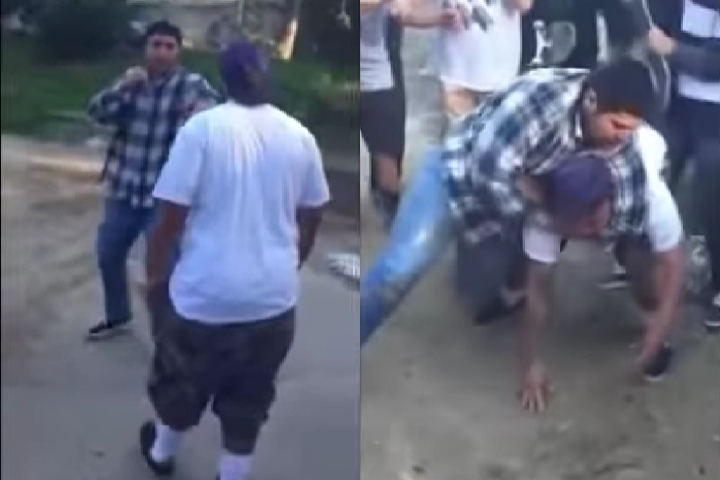 What’s the best thing you can do in a street fight? Yup, that’s right – it’s to not get into one in the first place. Because, you never know who you’re going against; and whether or not that person has a concealed weapon… Or if their friends will decide to jump you. But if you can’t escape it, then it’s best that you know how to defend yourself. And that comes with martial art training, such as Brazilian Jiu-Jitsu or/and MMA.
A young man from the video below found him in a situation where he had to defend himself against a bully. However, what the bully didn’t know (or didn’t want to acknowledge) was that his victim was a BJJ white belt and a beginner MMA student.

Nevertheless, the victim kept backing up against his bully, maintaining his composure and not wanting to engage (which already shows that he has some experience fighting/sparring). However, when the bully “supporters” decide to encircle the two men, the victim decides it’s time to fight.
He first throws a leg kick, followed by a barrage of strikes – which drop his bully to the ground. Then, the victim sets up a standing choke, and the people around him make him let go of it.