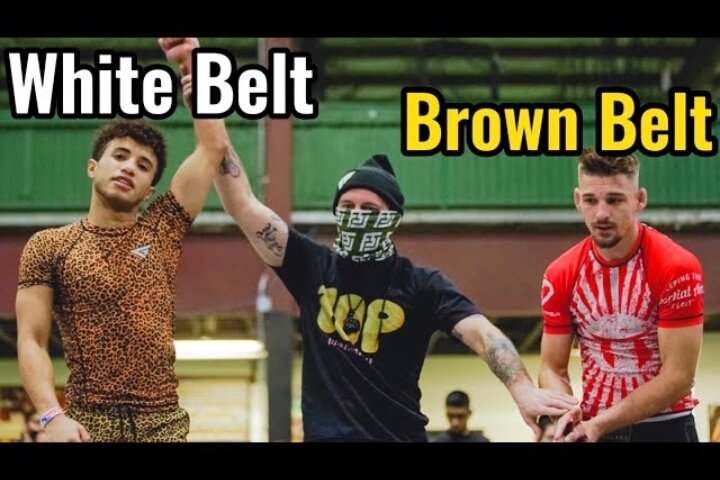 When a BJJ white belt faces a brown belt in training, he’ll lose 99% of the time… And if he, by any chance, faces him in competition, winning is less probable than winning the lottery. But hey – some people still win the prize!
Josh Rich, now a blue belt from New York City, has had an opportunity to compete against a brown belt, back in his white belt days. And the end result? He submitted him!

Josh did it in a tournament’s expert division. However, he first had to make his way through the beginner division (white/blue belts) in order to get a chance to compete in the expert.
So, he submitted most of the competitors in the beginner division by relative ease – and with an outstanding knowledge of concepts. Soon after, he gained the entry into the expert division; where he faced Chris, a 10th Planet brown belt known for his dangerous Heel Hook game.

The match against Chris went back and forth, with both athletes mounting dangerous submission attempts. However, neither were successful, so the bout went into overtime.
In overtime, Josh started with back control and sunk in a Rear Naked Choke, tapping Chris out. Then, Chris opted to start from an Armbar… And Josh managed to escape it!

Watch how the match unfolded on the video below. Josh claims that he was a BJJ white belt with no previous experience… Kudos to him!