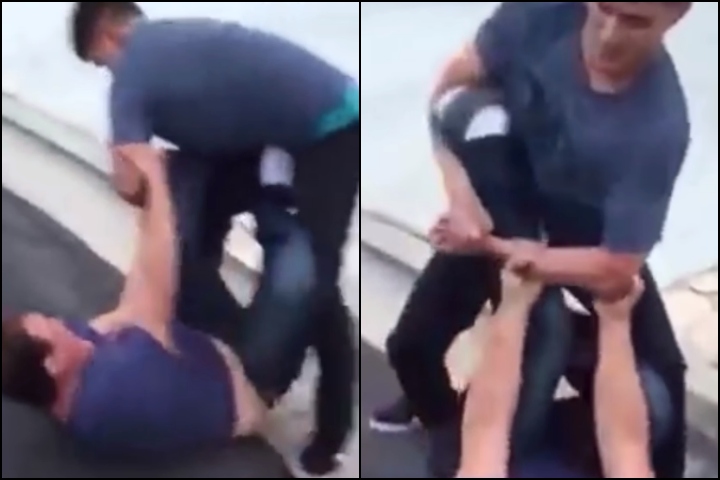 The best street fight is the one you evade… But if it ever comes to the need to defend yourself, knowing some Jiu-Jitsu could be useful. Even Leg Locks, such as the Heel Hook.

In the video below, you can see the Heel Hook being applied in a street fight. The guy on the receiving end even taps out in the end… But also pay attention to how the guy executing the Heel Hook first went in for a sloppy Single Leg takedown attempt.
So, it’s safe to say that if you want to learn proper self defense, you also need to learn some wrestling.

Watch it all take place on the video below:

Nevertheless, the absolute best thing you could do is walk away. Even Jocko Willink says it:

So we’re going to avoid getting in situations where you’re getting in fights with a bunch of people.
And if we can’t avoid it, yes: Jiu-Jitsu is not your first option! Like: “Hey, I’m going to grab this guy and start to grapple with him, while these three other guys are hitting me in the head with beer bottles.”

You’re not going to want to engage. You’ll want to hit people and get away. Your goal is still to get away.