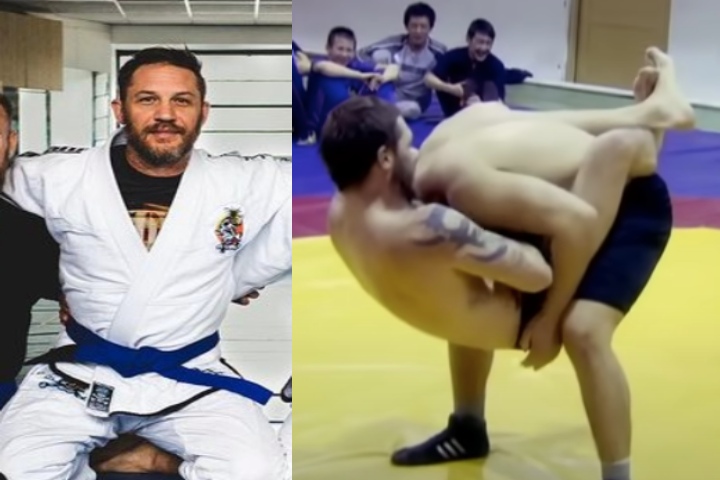 Actor Tom Hardy was recently promoted to the rank of blue belt in Brazilian Jiu-Jitsu.

Hardy began training jiu-jitsu as far back in 2011 when he prepared for his role as an MMA fighter in the film ‘Warrior’. This was the beginning of his BJJ journey which saw him training sporadically over the years.

The 41 year old actor was spotted working on his jiu-jitsu a few years back alongside the British royal marines in an attempt to help them being attention to a cause near and dear to their heart.

In this recent video from 2020, you can see Tom Hardy grapple with some Russians.