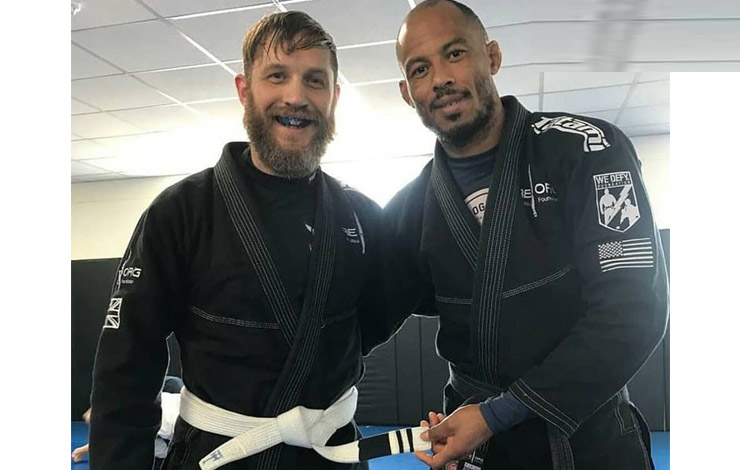 Hooray, you just made a decision to start training Brazilian Jiu Jitsu! BJJ will introduce great things to your life, such as: better health, stronger self-confidence, awesome friendships, the ability to talk about it for hours during family dinners… All in all, kudos to you!
However, before you start, you need to accept four hard truths about Jiu Jitsu first. After you’ve embraced them (or at least made a decision to do so), you can be very certain that your BJJ journey will be an ever-lasting one.

BJJ doesn’t carry the same amount of some of the scary risks that other combat sports have. For example, you don’t have to fear about concussions nowhere nearly as much as you’d need to worry about them in boxing. However, after everything has been said and done for, Brazilian Jiu Jitsu is still a martial art; and so it does possess a potential for injury.

So, chances are that you’ll get injured – it may happen due to bad luck, or it may happen due to your own negligence.
In order to minimize the injury chances due to the latter reason, you need to make sure that you tap early, that you pay attention to the details of techniques demonstrated in class, to warm up before and stretch after training, to deal with minor injuries before they turn into big ones…

In other words, accept that there is a high chance you’ll get injured, as well as that there’s a lot of stuff that you can do in order to minimize both the potential for and severity of injuries.

YOUR EGO WILL RECEIVE A BLOW

Let’s say that you’re a reasonably athletic guy. Well, how’d you feel if a girl, who’s almost two times lighter than you are, tapped you out seven times during a 5-minute roll?

Needless to say that your ego will probably feel a bit deflated. But so what? If you can put your ego aside and tell yourself: „I don’t care – she’s done a great job! Now I need to work on myself, so I can get as good as she is“, then you’ll be able to not only continue training; but to keep on making fantastic progress on the mats.
Which, actually, brings us to the third hard truth about BJJ…

SOMETIMES, PROGRESS WILL BE SO SLOW…

Make no mistake, there will be periods of time – days, weeks, months even – when you’ll feel as if you aren’t making any progress what so ever. You won’t be able to perform the new techniques well, you’ll be slower than you ever thought you will be, and you’ll get tapped by the guys who train way less than you’ve been training for.

In other words, you’ll get frustrated from time to time. You may even ask yourself if BJJ is even worth it.
However, if you manage to persevere and continue showing up to training no matter how you feel, if you continue giving your best whenever you can… You’ll most definitely get out of the rut; suddenly exploding with progress and joy, with a new-found love towards Jiu Jitsu!

Lastly, you need to come to terms that Jiu Jitsu will possibly take a lot of your time… And not just in the quantity of it. That is, not only in the hours you spend training; but also in terms of taking the time out of other things you could be doing.

You could go out with your girlfriend or boyfriend. Or spend more time with your family. Maybe putting in the extra work for your career.
Whatever it may be, you’ll have to sacrifice it for BJJ. You’ll be missing out on those moments, not all the time – but more frequently than if you didn’t train Jiu Jitsu.

If you are okay with that… If you’re okay with BJJ becoming another quality time component for you, combined with the willingness to accept the previous three truths, then guess what? You are now a jiujiteiro.