Want To Be Creative In Brazilian Jiu-Jitsu? This Is How 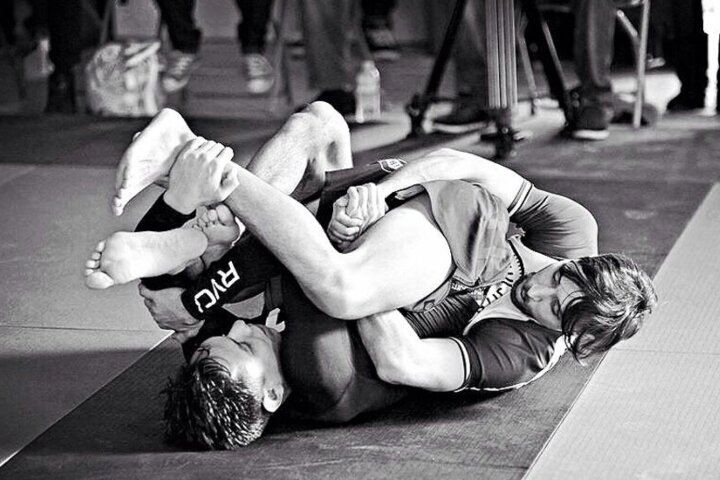 Jiu-Jitsu is fun! Yeah, it can be (and is) tough at times, but it sure is fun to do. And it can be even more fun when you start being creative with it.
But how do you become creative in BJJ if you aren’t a creative person to begin with? Well, it all starts with understanding that creativity is about “connecting things”. Nick “Chewy” Albin shares an example:

There’s a cool quote from Steve Jobs, which is: “Creativity is just connecting things.” Now, think back to what him and his company did back in the day.
They took an iPod touch that they already had and they took a cellphone that already existed – seemingly two different things – and combined them together into a smartphone, which we all use now.

The same thing is true for Brazilian Jiu-Jitsu:

Well, think about that through your Jiu-Jitsu game. Because, at least for me, all the stuff that I consider to be my creative little inventions, the stuff that I go to seminars and share with people, the stuff that I’ve used in competitions and make people go: “Holy cr*p, how did he do that?” All that stuff was a sort of a mixture of connecting things that seemed like they weren’t connected.
It’s basically just combining stuff together.

So, if you wish to become creative in Jiu-Jitsu, it’s actually simple to do:

And so, with your Jiu-Jitsu, if you want to be creative – open up yourself to as much grappling knowledge as you can. And then find ways to connect moves, techniques, and submissions that were seemingly unconnected.