Video: Uriah Hall Spars w/ Francis Ngannou ‘One of the Scariest Moments of My Life’ 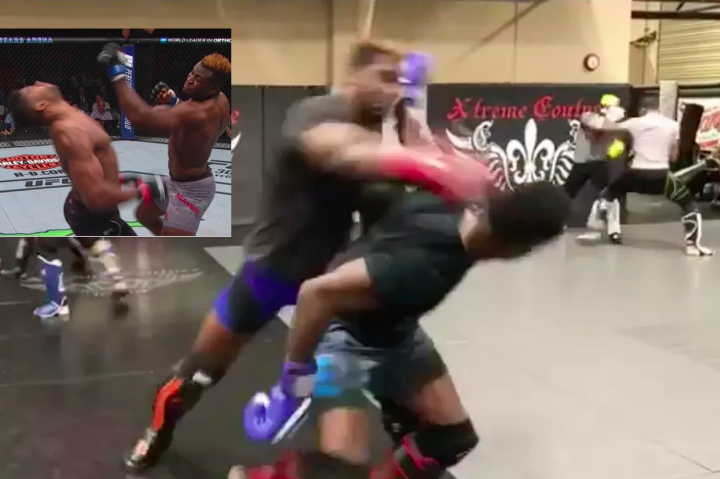 UFC heavyweight Francis Ngannou knocked out Alistair Overeem at UFC 218 with a brutal uppercut. He will now be facing Stipe Miocic for the title. 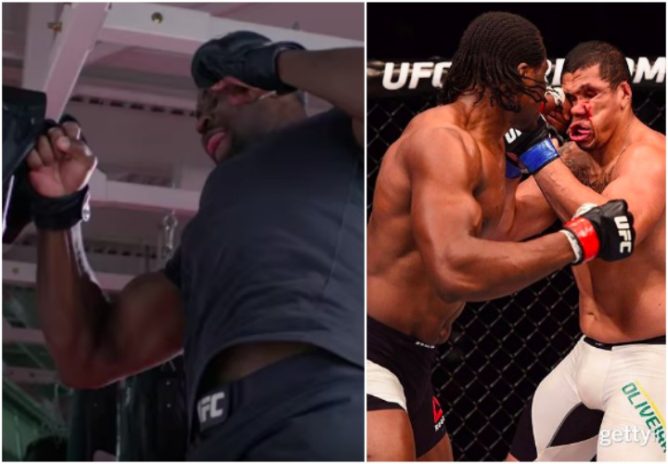 The previous record was held by kickboxer/MMA fighter Tyrone Spong at 114,000 units.

A compound unit is developed specifically to measure human impact force, it’s based on power(foot-pound per second) and compression energy(in calories).

Francis Ngannou and Uriah Hall recently trained together at Xtreme Couture in Las Vegas. Two weight classes separate the two fighters. Hall described it as “one of the scariest moments” of his life.

Check out the fun clip: