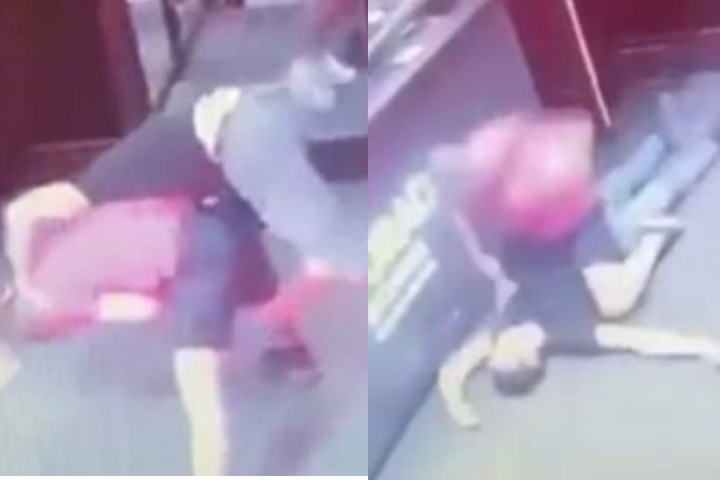 A video appeared on social networks showing a young man, brutally beating another young man in front of a betting store (casino) in the city of Novi Sad, Serbia.

Namely, the young man is lying motionless on the ground, and the bigger man is beating him while he is unconscious.

He doesn’t stop hitting him on the head as passers-by approach him and try to separate him. But all attempts are unsuccessful because he just keeps giving harder and harder blows to the motionless man.

Complete chaos occurs only later when the attacker turns the beaten man on his back and starts breaking both his arm.

Accorcding to Serbian media Blic.rs Serbian police has identified the attacker as Ivan Kontić (30), and is intensively searching for him.

The victim was hospitalized with a fractured neck, and two fractured arms.

Kontic was the chief of security of a Casino. He is a black belt in Judo and former member of the Montenegro Judo national team.

Here is Kontic in the white Judo Gi competing a few years back and losing by triangle choke: