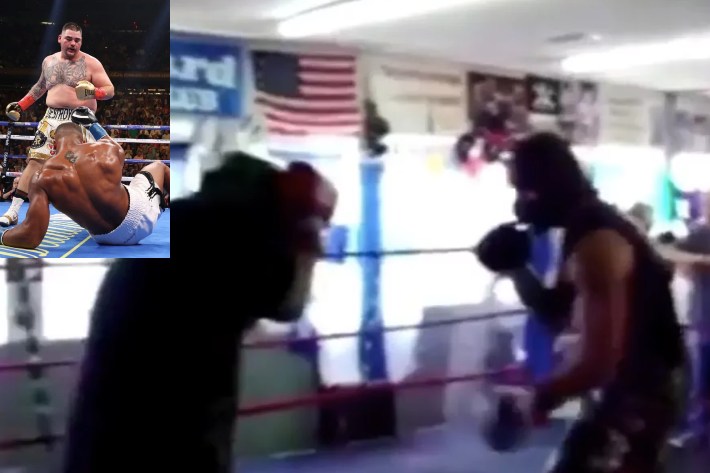 The former WBA heavyweight boxing world champion Andy Ruiz has been on the low for the last few months since losing to Anthony Joshua late last year. Ruiz put himself back in the headlines when he posted old video footage of a boxing sparring session he had with former UFC champion Andrei Arlovski.

Ruiz was just 16-years-old at the time, and held his own against Arlovski who was not a boxer by any means, but has excellent striking by MMA standards. Ruiz even dropped Arlovski with a right hand.

“I was 16 years old when I had the honor to spar with UFC Heavyweight Champion @andreiarlovski . Super tough guy lived up to his name The Pitbull. I did manage to give him some trouble tho. Thanks champ! So many great memories at the wildcard boxing club where Freddie Roach sharpened my skills as a boxer. Sorry for the vid quality it’s throwback,” Ruiz posted on Instagram yesterday.

In 2019, Ruiz (33-2) made history with an incredible TKO win over British heavyweight phenom Anthony Joshua. There was an immediate rematch and Ruiz, nicknamed the ‘Destroyer’ was unable to repeat the feat. He ended up losing his belts in a unanimous decision.