Victor Hugo Accepts Gordon Ryan’s Callout: ‘Ok but Let’s Do an Anti-Doping Test To Show That Grappling is a Clean Sport” 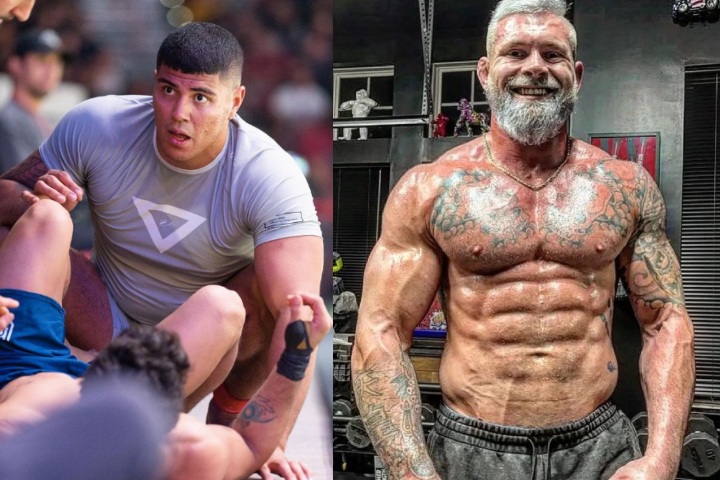 The best No Gi grappler on the planet Gordon Ryan recently appeared as a guest on the Ariel Helwani show, where he talked amongst other things, who he would like to face next.

The American grappler mentioned Victor Hugo since he had “just” defeated him on points at the last ADCC. Ryan usually submits his opponents easily so for him, this was viewed as a failure.

Speaking to Tatame, Victor Hugo accepted, proposed a superfight with special conditions which might be a problem for Ryan:

“I’m up to face Gordon Ryan. I propose that we do an anti-doping test on Monday after the fight, just to show the public that grappling is a clean sport. Lets do this.”

Although there is no formal proof of Ryan’s steroid use, many grappling fans believe that he is using, mainly due to his superhuman physique. Ryan also recently posted a video clip which suggests that he is using PEDs. He is seen walking by a  USADA poster at a UFC facility and wrote ‘Not today Satan’.

At last weekend’s 2022 IBJJF No-Gi Worlds, the black belt Open weight division final was quite unusual as both finalists did not show up to compete on Sunday. For the first time in BJJ history, both finalists were disqualified for no show. Roberto Cyborg Abreu (42 years old) and Henrique Cardoso Ceconi were absent from the venue on Sunday, and the open weight podium was comprised of two bronze medalists, Victor Hugo and Roosevelt Souza with both 2nd and 1st place empty.

Victor Hugo then alleged on multiple Instagram profiles that both Cyborg & Cardoso Ceconi fled the building as soon as USADA, which tests gold medalists for PED (performance enhancing drugs), appeared:

Eye witnesses at the venue were corroborating what Victor Hugo was saying, that they left once USADA appeared: 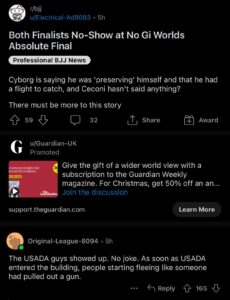 Cyborg who had won his Ultra Heavyweight final notably defeating Victor Hugo, made this statement on his IG, he said that he felt an injury and had a plane to catch:

“8X World Champion 🥇I had a great performance this weekend, amazing fights fighting among the best in the world. I was feeling an old injury and after winning the weight I decided to preserve myself not fighting absolute finals and I had a flight to catch. Hopefully Ceconi and I will be able to face each other in another opportunity. Huge thanks to my team and all sponsors for all the love and support.
Mainly, he said that fight didn’t happen because he felt some old injury while was fighting against Vitor Hugo.”
Oddly enough, Cyborg’s teammate at Fightsports Vagner Rocha (40 years old), also did a no show for his heavyweight finals. Both finalists were also DQ’d as a result: 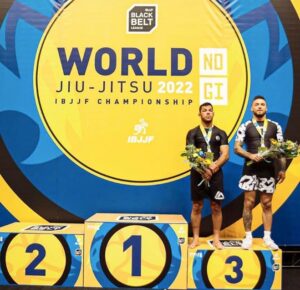 Cyborg adressed Victor Hugo’s allegation in this interview from Brazilian media Victor Freitas Comunica. He reiterated that he was injured and had to catch a flight, that’s why he couldn’t make it to the final…
Interviewer: ” Thank for the clarification, because people were thinking that you were not fighting because of the Usada arriving and testing at the venue.”
Cyborg answered that there is no connection at all to USADA, because they were testing people that had been on podium and he would be exposed anyway once he won his weight division. Once it was decided he wouldn’t fight anyway,  he left the place to take the airplane that was scheduled already. He sent msg straight to the other fighter, Ceconi explaning what he felt and why wouldn’t fight anymore.
Cyborg was polite when the interviewer mentioned Victor Hugo’s allegations:
Cyborg stated:
“This boy is very good, with great skills. But still too young. He will have time to learn a lot of things more”