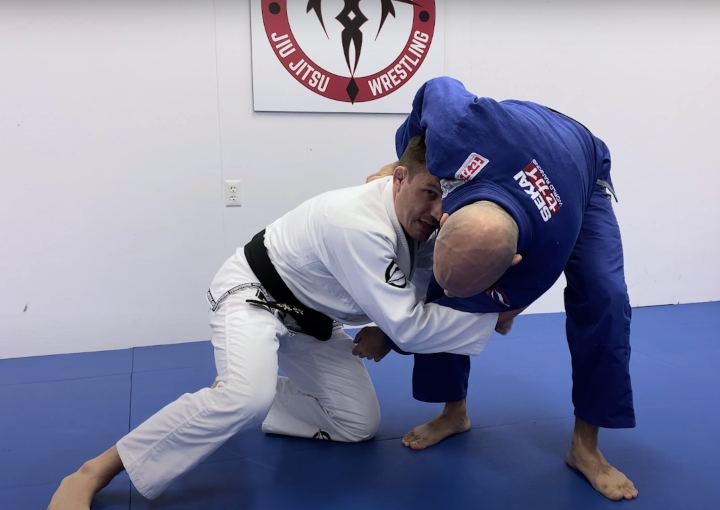 None of the techniques in Brazilian Jiu-Jitsu are standalone ones. Meaning, you can’t do nor learn just “one” technique and expect yourself to win… Instead, you’ve got to learn a number of different moves – and understand how to tie them together – in order to make progress in the Gentle Art.
For instance, learning how to transition from Single Leg to another takedown!

As we all know, the single leg is one of the most basic and high percentage takedowns in jiu jitsu. Whether youʼre standing on the ground, you need to incorporate the single leg takedown into your game.

Every Jiu Jitsu match starts standing so knowing how to takedown and/ or takedown defense is crucial.

In this video, Michael breaks down a takedown that works very well for him in the gi. This mixture of a sweep single leg & barrel roll drastically manipulates your opponent’s posture while simultaneously taking away their posting arm. Finally, Michael covers one grip breaking solution which is a common defense your opponent will use to keep you at bay.