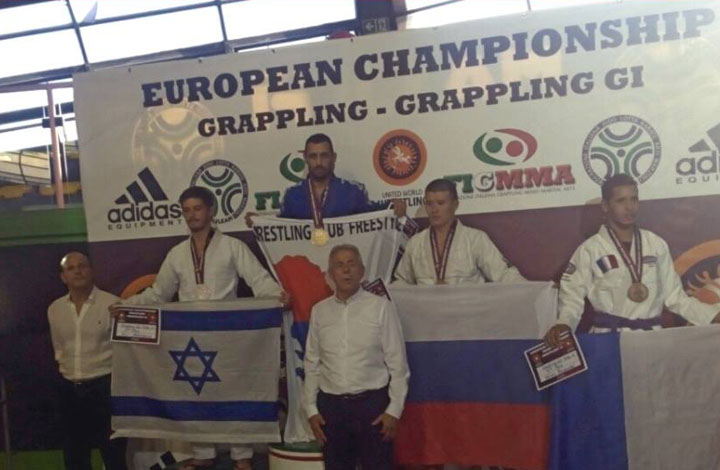 The UWW European Grappling Championship took place in Rome, Italy on 16th and 17th July. The 2nd edition of the event was organized by Rizvan Bochkaev, president of the World Grappling committee and Saverio Longo president of Italian Grappling Mixed Martial Arts Federation. 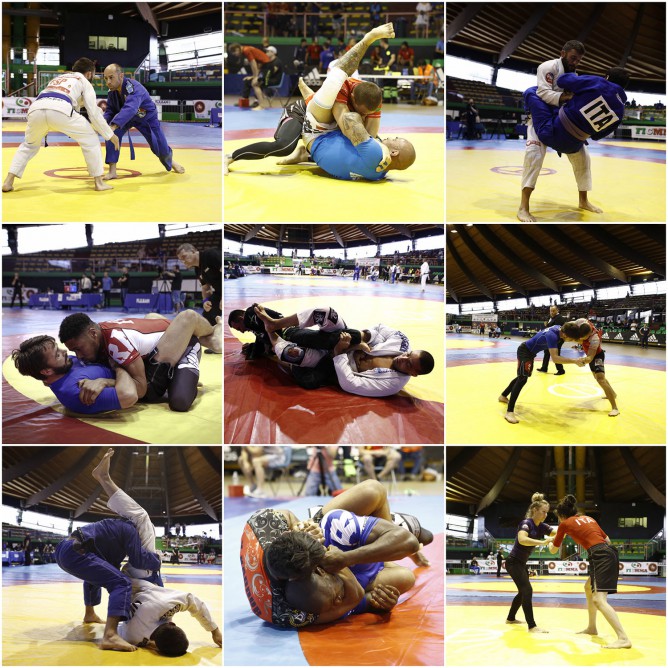 About 150 athletes from 16 European countries ended up competing in both GI and NoGi brackets.

The event had varying categories. Each category that had a smaller number of athletes instead followed the Nordic System in which all players would play against each other and were then ranked accordingly. Female divisions were also present in both versions of the competitions and fairly well represented.  The organization was quite professional.

You can check out Serbian BJJ Black Belt Aleksandar Milicevic in Action here:

Milicevic won the 71kg male Gi division by defeating Israel’s Kiril Medvedovski in the Gi finals. A number of matches are available for viewing on their youtube channel.

Here are some Day 1 highlights here:

The national score was composed of added points in the following fashion, 10 points were awarded for a 1st place, 8 for 2nd and 6 for 3rd.

In the national team ranking Russia is first GI and NO-GI, Ukraine second GI and third NO-GI, Italy second GI and France third NO-GI. As can be noted in the sheets below, most brackets were dominated by Russian players but it’s interesting to note their domination is much more pronounced in Gi brackets where they lead in the first place with about a third more points than 2nd in place – Italy. The nogi sheet shows Ukraine tailing close by to Russia both leading France by a mile – 96 (and 88 points respecitvely) compared to 56 for France.

The national score was composed of added points in the following fashion, 10 points were awarded for a 1st place, 8 for 2nd and 6 for 3rd.

Here’s the number of points scored per nation for Gi competition: 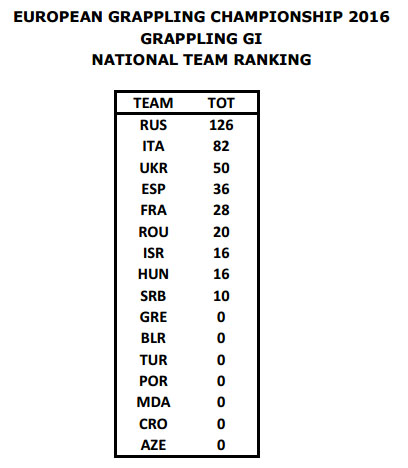 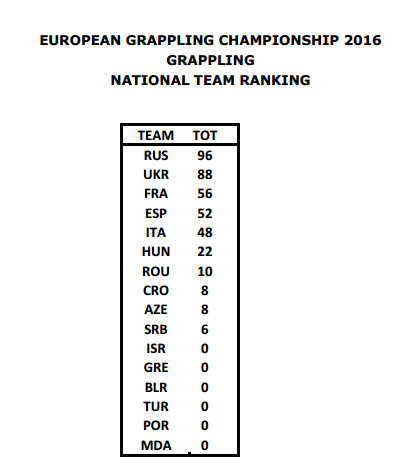 You can check out the entire list of Brackets/results for GI and NoGi.