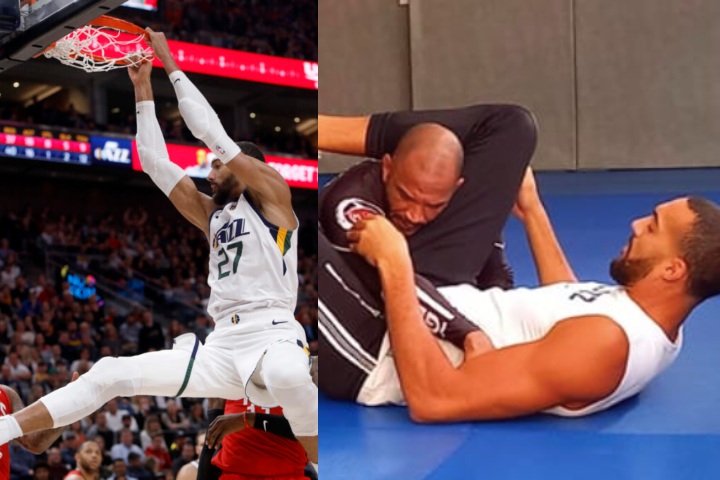 Gobert has started training BJJ while in Paris, France under the tutelage ofone of the best French black belts, Samuel Monin. He chose a great instructor, as Monin is a multiple IBJJF medalist, 3rd degree black belt and also is a former professional football player who played as a goalkeeper for French champions Monaco in the french 1st division!

Translation: Jiu-Jitsu, thak you Samuel Monin for your expertise!

“I’m going to turn you into a monster!”

Through his first 45 games in the 2019–20 season, Gobert averaged 15.7 points and 14.6 rebounds per game and had become an anchor for the Jazz on offense as well as defense. On January 30, 2020, Gobert, alongside teammate Donovan Mitchell, was named a Western Conference reserve for the 2020 NBA All-Star Game.

He joins a long list of basketball players that train BJJ which include Shaquille O’neal (blue belt) and Serbian basketball legend Igor Rakocevic who is a legit BJJ brown belt.