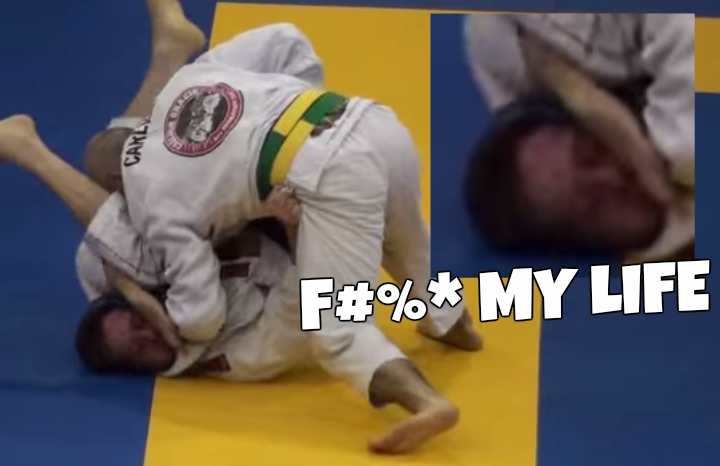 Is there anything more annoying in Jiu-Jitsu than competing or training against someone that you know you are “better” than, but you end up getting caught by the modern techniques and he goes to your back, or maybe stales the game, or maybe beats you by 1 advantage? Yes, since these new techniques have come up in Jiu-Jitsu (Berimbolo, 50/50, different scrambles) I have seen that happening a lot.Many times, the guy is really better than you, and that’s why he gets you, but many times you are better than him, and he just got you because you still don’t know how to defend these new techniques or even more important than that, you still don’t know how to avoid them…During my entire competition career, I have never been caught in the Berimbolo yet. I have fallen into the 50/50 guard during competitions only a few times, but I have never been tapped out in the 50/50.I’m going to point out 5 things you can do to defend these modern techniques.

If you are the type of guy who likes to pass the guard from standing, there is a big chance that you will get caught if your opponent is very good with these modern techniques. The standing pass favors a lot the berimbolo or 50/50 guy, because most of their entrances come when their opponents are standing.

If you let your opponent close the guard, it is never good. The closed Guard is one of the only positions in Jiu-Jitsu that is neutral, nobody is scoring, but only one guy can attack (the one on bottom). Just think about it, whoever is on top in the closed guard doesn’t have any submissions from there. At least legit submissions that we see all the time. Also, when you are in the closed guard, you might need to stand up to try to pass, and when that happens we are vulnerable to the modern day Jiu-Jitsu techniques that I previously mentioned. So I would definitely avoid the closed guard.

3 – Give the sweep but don’t give your back:

Another thing I see a lot happening, especially in the berimbolo situation, is that the person on bottom starts going for the berimbolo, he pretty much gets it, and the guy on top doesn’t want to be scored on at all, and ends up giving the back. Most of the times when someone goes to the berimbolo, there is a very short time that you can feel if he is going to get it or not, and if you feel he will get it then I would try to give him the sweep, instead of letting him go to my back. When you try to resist, that is normally the time that they go to the back. So, If I feel that he is getting it, then I would just give away 2 points, and try to think one step ahead of him, to set up some good grips when he is coming on top. By doing this it will be better than giving him your back, that is one of the most dangerous situations in BJJ.

4 – Pass From The Knees Without Standing Any Leg:

Against this modern BJJ I believe that passing from the Knees is the key. What I mean from the knees, is with both knees on the mat, if you post one leg, you are already vulnerable for the dela-riva hook, where everything starts. You might not see too many Berimbolos and 50/50 guards happening against old school guys like Xande and Saulo Ribeiro, who play a lot of stack passes and passing from the knees. Against this old style of passing like the Stack Pass, Over-Under, Half-Guard Pass, this modern Jiu-Jitsu becomes much less effective.

Avoid pulling guard at the same time with those modern guys. When you both pull guard at the same time, they are masters in setting up the berimbolo or dela-riva from there. If I’m fighting against one of these guys for example, and we both pull guard simultaneously, I would go on top right away. Even though I wanted to be on bottom (that’s why I pulled), I’m going to completely change the strategy and go on top. It comes back to some thing that I talked a lot about here in my blog. Who has spent more time on that situation? I don’t play berimbolos and 50/50, so I don’t spend time at all with my butt on the mat when my opponent also has his butt on the mat. So If I stay there, probably he has much more options to attack than me, so I would rather change the strategy and play on top, because that is the position where I feel the most comfortable. 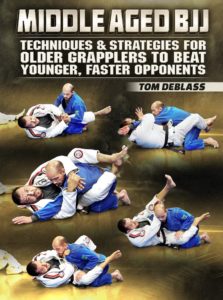