Using BJJ To Deal With Emotional Bullying At All Levels 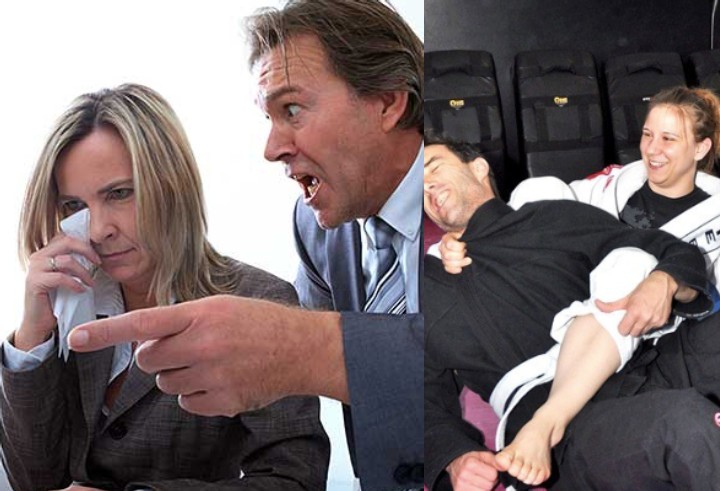 Bullying has become more prevalent than ever in middle schools and high schools, making kids feel anxious, isolated, and depressed. In many of these cases, concerned parents turn to “babying” their kids to make them feel better.

“Those girls are terrible, just don’t pay attention to them” is just one example of a momentary quick fix. In the end, that kind of well-meaning advice does little to help the child who has to go to school every day and face the bullies alone. And a child who is bullied at school will find it extremely difficult to focus on what’s most important — their education. Instead, they spend their years of schooling living in fear. Repercussions of bullying live long after the incidents and for some the trauma carries on into adulthood. For this reason, it’s wise to start learning to develop a strong sense of confidence at a young age.

Brazilian Jiu-Jitsu is built on the principles of patience, control, and respect. It’s the sport that might even have been developed with bullying in mind. As Jiu Jitsu grandmaster Helio Gracie famously noted, Jiu Jitsu “is for the protection of the individual: the older man, the weak, the child, the lady, and the young woman — anyone who doesn’t have the physical attributes to defend themselves.”

As a child, I was enrolled in BJJ at a young age, and built up my confidence from competition against kids from some of the worst favelas of Rio de Janeiro. My first competitive bout was against children from City of God. But during my teen years, I stopped training and faced the same kind of bullying that many teenagers are forced to deal with in school. I felt like I had no backbone, and couldn’t stand up for myself. When I turned to my parents or counsellors, there was a large disconnect in helping me deal with my issues.

From my own experience, I can tell you that telling kids to learn to deal with bullying because they will face bullies their entire life is empty rhetoric. Too much tough love may well backfire in the end. Encouraging them to enroll in martial arts may be more effective. Anyone who trains BJJ knows that there is zero tolerance for discrimination or bullying on the mats. Anyone willing to train is accepted, and regarded as a valuable teammate, which gives the perfect balance when weighing self defense, and partnership skills.

Life is going to be hard, but it’s important to give your kids enough exposure to the right things. Emotional bullying usually contains subliminal threats of violence. And it’s a fine line between emotional and physical abuse. As a parent, you don’t want your child to go into panic mode when things get tough. That’s where BJJ comes in, as a positive discipline that promotes balance and develops strategies to deal with stress and pressure. As in chess, a jiujiteiro has to learn to be strategic, to anticipate their opponent’s next move and respond effectively.

How often do parents tell children that there will always be someone bigger, better and stronger than you? While that may be so, it’s important for children to learn coping mechanisms and self-confidence so that they have the ability to defend themselves. In some cases, that ability may also be to have the courage and presence of mind simply to turn their back and walk away.

As a child BJJ helped me face down the bullies, and now as a woman it makes me feel secure and confident. BJJ is the spring in my step when I walk down the street.

If you want to prepare your child deal with bullies or tackle life’s more mundane problems, give them the tools that will create confidence, discipline and strength. Enroll them in BJJ!