Using BJJ Techniques From the Internet (Avoid These Mistakes) 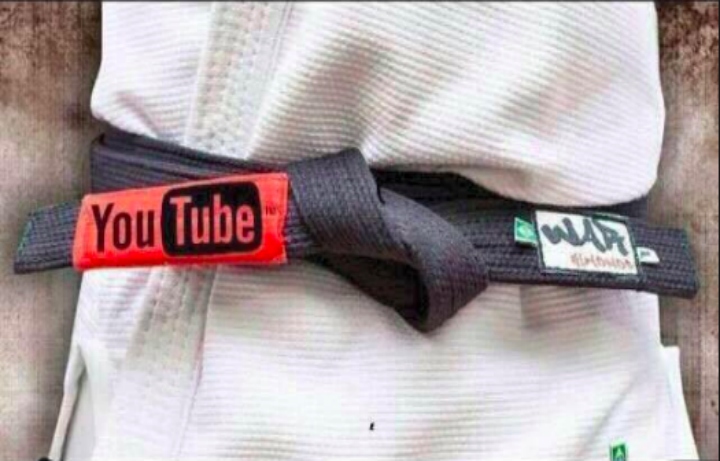 For most people who enter into the world of Brazilian Jiu-Jitsu, the art becomes a complete obsession. You buy instructional programs, watch MMA fights, obsess over grappling matches, critique street fights and get caught up in countless technique videos. All of these resources are on the internet and all of these resources have helped our art evolve, but there are wrong ways to use this resource. Avoid these classic mistakes and going online can be a great asset for your learning path.

Mistake # 2 – Do not spend too much time on the complex and fancy techniques. A simple fact about combat is that the more complicated you make something, the less of a chance you have of executing it during a high stress situation. These types of moves look fun and advanced, but look at 99% of the finishes in MMA or in the top grappling tournaments and you will find that it’s the basic, fundamental techniques that are the winning the fights. There are occasional matrix movie moves that are being pulled off, but that still doesn’t counter the principal of spending most of your time on the fundamentally high percentage choices.

Mistake # 3 – Watching only techniques and not watching many grappling matches in their entirety. We can really learn a lot from watching back attacks in isolation from Nicky Ryan, but it only gives us some of the picture, not the whole picture. By watching his full matches, we are able to see his standup, setups, failed attempts and flow patterns. It’s really helpful and effective to pick an athlete and watch a handful of his matches. You will really start to get a sense of their skill by watching their game totality in action and not just in isolated form.

There was a point in time not to long ago that finding an instructor in your area was rare and far between. To remedy that issue, there were vague instructional videos on VHS and a strip mall karate studio. Not a information friendly environment for a BJJ enthusiast. Today we have the opposite issue, information overload. We have thousands of black belts and professional fighters throwing out their knowledge and secrets online. Add to that list the tens of thousands of blue belt and brown belt students doing the same and you can literally see how the stream of BJJ has no ending. To avoid being overwhelmed and to be able to take advantage of these resources, you have to create an information game plan. This will allow you to separate the resources that are for pure inspiration and the ones that are for actual technical growth. You will be able to actually study and apply the moves rather then just be that student who collects tons of esoteric techniques that nobody can practically do. Use social media, use YouTube and use the BJJ data sites as a resource for your art, but avoid these mistakes to make it truly effective.