Use Your Feet To Break Any Grip Quickly & Easily – Travis Stevens 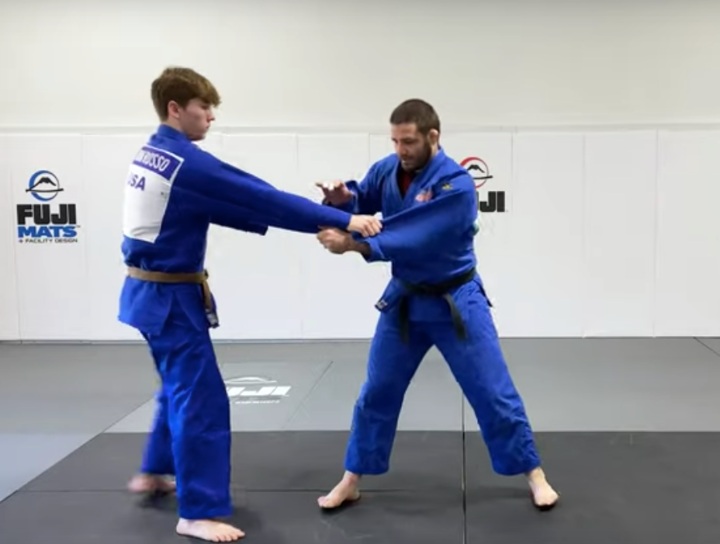 There’s no two way about it, if you have a vice-like grip, it’s definitely a huge advantage.

Not only will your grip help you control your opponent, it will also open many options for transitions.

If you think about it, when facing an opponent with a vice-like grip, how often are you able to escape or even win the match?

Many experienced competitors will often start the match fighting for the perfect grip. They know that the one with the stronger grip and a deeper knowledge of grips has a greater chance of winning the fight.

Judo Olympic silver medalist and BJJ black belt Travis Stevens believes that no grip is unbreakable. For him, you just need to find the right movement and angle.

In this video, Stevens shows how he breaks grips by setting up a throw and then going the opposite direction. By doing so, the opponent is forced to defend and focuses less on strengthening the grip…