Use This Weird Lapel Grip For Effective Guard Passing 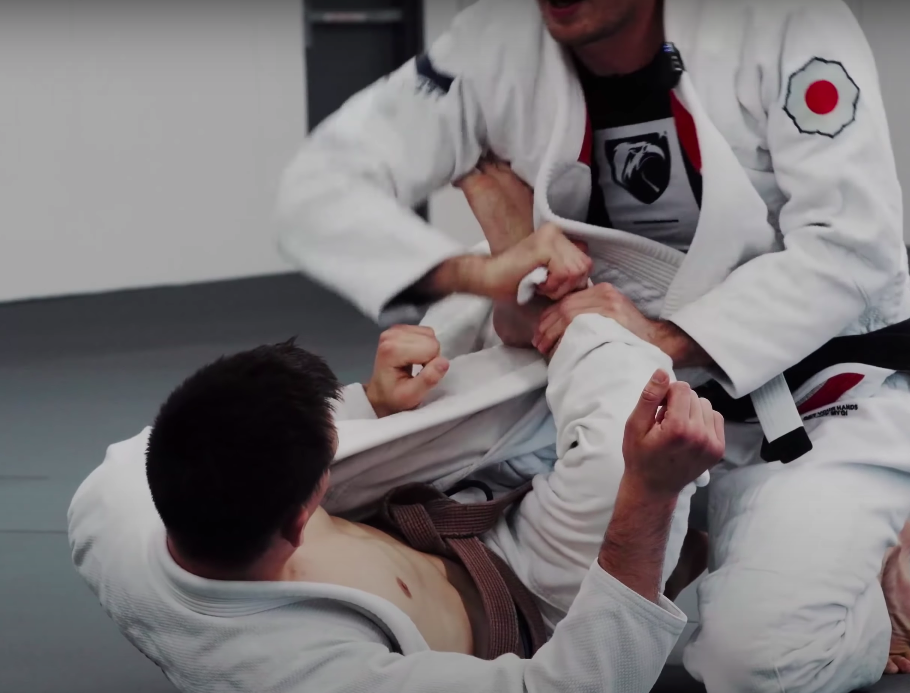 What does the future of BJJ look like? More specifically, how will its techniques look like 2 years, 5 years, 10 or more years down the line? While there’s no one that can give a concrete answer to this question, one thing is for certain; a lot of them will be developed with the help and use of a lapel. And you know what? The most innovative lapel player in the game – Keenan Cornelius – has developed a new way to use it!
Namely, you will be using a rather weird grip to control your opponent and neutralize their recovery attempts… Passing their guard with ease!

TRANSITIONING FROM THE REVERSE DE LA WORM GUARD TO SWEEP

The position Keenan explains this technique from is the Reverse De La Worm guard. Usually, Keenan explains, this position would be great for a backtake setup. However, in this instance, his training partner knows that this is what Keenan wants to go for, so he defends it. What’s more, it’s not even about the fact that your opponents will defend it due to the incoming backtake and what not; it’s just that this sort of a position feels very restrictive and unusual for them.
So, how will they try to escape it most of the time? That’s right; Keenan shows that they’ll try to get their leg out of the grip you have established on their lapel.

This is a bad thing, right? After all, it should be easy for them to escape by just pulling their leg out? Well, not really – it does look like that, but what your opponents’ll find out is that, as they pull their leg up, that their lapel will now end up around their ankle.
That’s exactly what you want happening. When they do this, you need to keep a strong lapel grip against their ankle; and then get your leg out by pushing their knee to the side with it first, in order to create space.

From there, Keenan does a technical stand up and pushes the training partner’s knee (to the opposite side of the direction of his lapel pull), which takes him down!

Once your opponent is down on the mats and you’re above them, you can’t just stand up – as they would get their leg out of your lapel grip. Keenan explains that instead, you need to cover their ankle with their lapel as soon as possible and place pressure through it with your arm. That’ll make it virtually impossible for your opponent to take their leg out; it’s so high to their chest, that they won’t (unless they’re hyper-flexible) be able to escape.
This, in and of itself, is a really powerful place to be in. You’ll be able to control the opponent without much effort, and you could start initiating guard passes with relative ease… However, if you want to take it up a notch, you’ll establish that „Weird Grip“ mentioned at the beginning – or, the “Ankle Trap”!

How to get it? Just get your other hand underneath their leg and grab the lapel with it. Now their leg is totally trapped in place and they have nowhere to go; they can’t use it to block your impending guard passes nor retrieve it so as to retain their guard!
To pass them, however, Keenan points out that you should always aim to pass to the side of your free arm. It cannot be done otherwise, as your gripping arm’ll stand in the way.

Watch Keenan demonstrate this grip setup in detail on the video below: