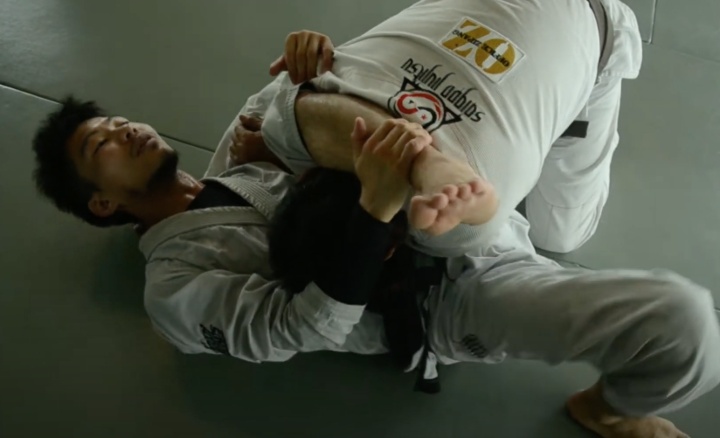 BJJ black belt Masafumi Matsumoto is known for his traingle chokes which he sets up from many angles.

Your opponent will know what you are about to do, but they can’t still stop it if you do it right. It’s that effective. Add this setup to your game and you will start catching more people with triangle choke in no time.”