UPDATE: John Danaher Banned Jumping Guard At ALL Levels In His Gym 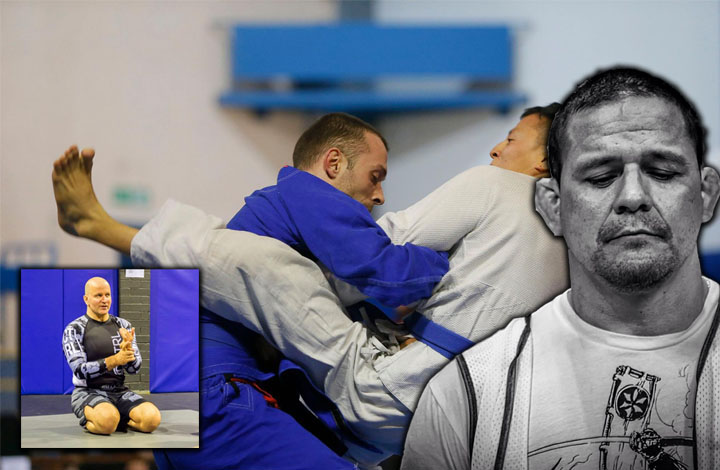 John Danaher statement regarding Jumping Guard had mixed reviews in the bjj community. His star pupil Garry Tonon came to John’s rescue following some harsh criticism received from other esteemed members of the community .

Ok so John posts a simple status stating that flying guard pulling should be banned because its a useless technique and it’s dangerous to the point of exploding knees and ankles. This is actually just a fact, I’ve seen it happen to others and it’s happened to me. As well he comments on how it’s funny that reaping is illegal when it’s far less dangerous. Saulo Ribiero comes on and basically says with all due respect John you have no credibility in this martial art so piss off, my kindest regards. Gotta love it when someone says some of the most disrespectful shit possible and says with all due respect. I’m unable to tag you Saulo but I’m sure someone will. I have two questions for you. With all due respect can you explain to me how you did this mount escape and this kneebar defense? https://www.youtube.com/shared?ci=TYSI39rcA_k with all do respect can you name a single technique you hit in this match? Because I can’t https://www.youtube.com/shared?ci=crX-QT1QBdk My kindest regards… Garry Tonon

Garry wrote the text above as a reply to Saulo Ribeiro comment we intially posted with this pictured response:

If you wanna talk shit be ready to receive shit, or don't talk. No one is God, no one is off limits, we all bleed, no one gets a free pass.

One thing’s for sure, decorated bjj champ Roger Gracie stands with John Danaher:

John Danaher is famous for his unique coaching style that has produced a lot of effect on the submission only scene. Following several outcries for sharing his knowledge he became active on social media.

This has been a welcome online presence and provided many worthy insights into his attitudes, process and experience.

The latest posting from the Danaher Death Squad guru dealt with a controversial topic – jumping guard.

Jumping guard has produced plenty of gruesome injuries over the years and as such it’s commanded a fair amount of attention.

This is John Danaher’s opinion on the topic:

Banning moves: Jiu jitsu is a contact sport based around the skills of breaking joints and strangulation – as such injury is inevitable at some point. Nonetheless I believe there are certain movements in our sport that are unacceptably dangerous and which do very little to enhance the desired skills of the sport. In my experience, the most hazardous movements in jiu jitsu are not the joint locks and strangles, these usually cause no injury among responsible athletes and even when used recklessly, rarely do catastrophic damage.

Far more dangerous is UNCONTROLLED FALLING BODYWEIGHT. This is often the result of throws from standing position where people try to resist the throw and land poorly. Sometimes it is the result of a poor throwing attempt that results in one athlete sitting on the outstretched leg of his opponent and crushing the knee or ankle.

The worst offender however, is the most common and the most preventable – the common practice of people jumping to closed guard and landing on the opponents hips, knees or ankles with their entire weight and momentum. Thankfully this dreadful practice has been banned at white belt belt level after years of unnecessary injury.

It is time to extend the ban to all belt levels and training. I banned the practice entirely in all my classes many years ago after witnessing many terrible injuries. It is a worthless practice that teaches no worthwhile combat skills and has only (very) bad consequences with no redeeming features (unlike flying submissions which do teach valuable skills). We should enforce a rule that if an athlete wishes to pull guard they must make contact with their buttocks or back on the mat rather than their opponent. It is comical to see a sport where knee reaping is illegal, but the act of jumping guard, which has ruined more careers than all the joint locks and knee reaps put together, is perfectly legal for upper belts.

A good closed guard should be feared as Roger Gracie’s was – for its fine tactics and technique – not the injurious clumsiness of it jumping entry. The sport needs to ban this dangerous movement that does nothing to promote the skills of the sport and does much to reduce its safety