Unrolling the Imanari Roll with Marvin Castelle (With Video Tutorial) 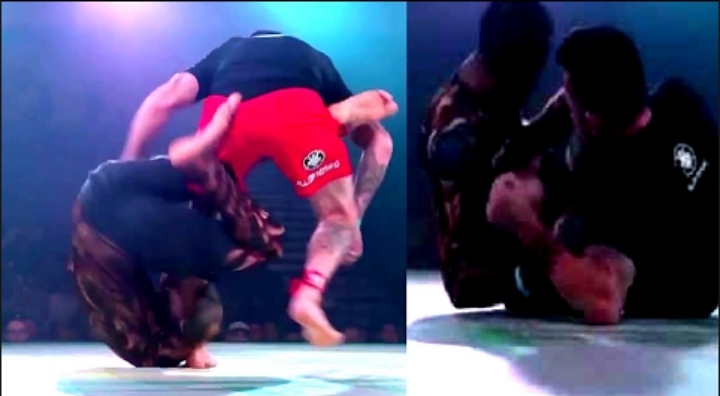 Check out this annotated breakdown with Marvin Castelle, recent submission of the night recipient at FTW Pro 24. As always, read on if you’re interested in the psychology behind the move and enjoy Bach’s Cello Suite 1 in G Major to facilitate your Jits studying.

Here is the actual technique:

and here is how to do it:

I recently competed in my first broadcasted tournament (a modest Facebook Live stream). After a showing of mixed results, I was eager to cherry pick my better moments for the highlight reel. This was an eye-opener…only figuratively speaking…it nearly put me to sleep. My win via Japanese Necktie was even more of a snoozer than my loss! I turned it off and haven’t watched since.

What could I glean from this disappointment? Quit? Try Judo? Kung Fu?

I think of the oft-repeated statement that Jiu Jitsu is only entertaining, sometimes, to its own practitioners. Something doesn’t make sense here–why perform a competitive art on a stage if it’s hardly watchable?

From my experience competing and watching tournaments, I’ve distilled down the three most likely scenarios of entertainment for a given match:

Exciting: You face somebody way worse than you, break out the flashy moves, and pull off a slick submission. Chicks dig it.

Moderately Entertaining: You face somebody way better than you, play a boring but effective conservative game, and either win or give them trouble. Turns the heads of educated fans.

Just End This Thing Already: You face somebody comparably skilled, battle micro-positions for 6 minutes, then close the match with a razor thin decision on points. KILL ME NOW.
Believe it or not, you can make 95% of your matches look like Scenario 1…IF you break out the flashy moves early. In the first 8 seconds of a match, you can catch most competitors off-guard with a standing attack.

Now of course, people will say “Yeah…well only a top competitor like Garry Tonon is paid the big bucks and acrobatic enough to pull off those crazy pseudo-Japanese-named moves.” Uhh.

Here’s the dirty little secret in Jiu Jitsu: WE’RE TERRIFIED ON OUR FEET. Just a select few practitioners drill wrestling/judo/flying submissions everyday–these are the top performers. The rest of us plop on our butts and knees.

Okay, so you’ve acknowledged your lack of stand-up skills, but you’re not quite ready to catapult your body through the air for scissoring leg-locks on your gimpy training partner. Then let’s start with rolling submissions as a primer. The quick tutorial above features my friend Marvin Castelle breaking down the Imanari roll he just hit at Fight To Win Pro 24 on Flograppling. Just as flashy (he nearly broke the ‘Jiu Jitsu internet’), this safer attack will work whether you’re Garry Tonon, Ryo Chonan or Willy Loman. Happy heuristics!