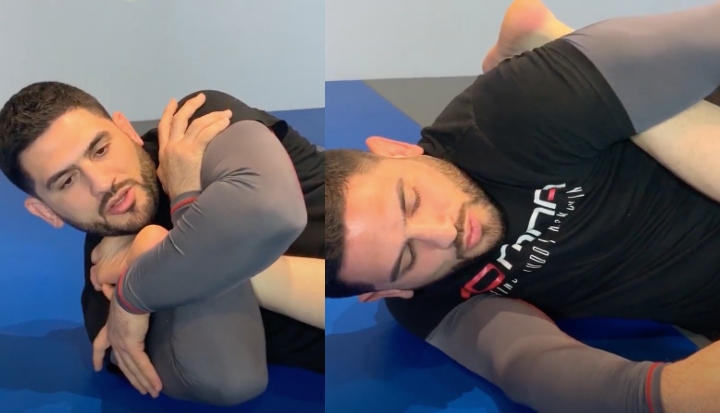 The practitioner will then apply pressure using their upper body as well and their hips, yielding a greater amount of force applied to the knee, therefore rendering the lock much more difficult to escape before tissue or ligament damage occurs.

In this video, leg lock master Karen Darabedyan explains the different grip variations that can be used to apply the knee bar submission: