Understanding the Difference Between An Illegal Slam & a Legit Takedown 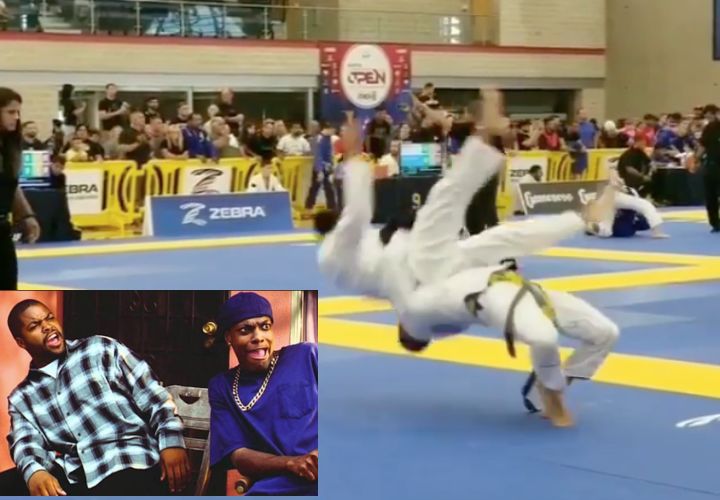 Slamming is one of the things that’s generally frowned upon unless a specific ruleset explicitly allows it. Most grappling competitions ban slamming from the guard but there are exceptions.

This move can TKO someone or even paralyze them. It’s happened to Gabriel Diniz who lost the use of his arms and legs upon being slammed on his neck. Luckily he has regained some movement and feeling.

Medically speaking this type of trauma causes back pain, can cause loss of breath due to solar plexus pressure, muscle spasms, seizures and paralysis.

In sport BJJ most of the standard judo and wrestling throws are legal even if they may look like a slam.

Many BJJ federations do not clearly define the difference between a slam, a throw/ takedown.

The rule of thumb is that the takedown should be performed in a continuous motion, the natural force of the movement is allowed. Also you cannot lift your opponent in the air, pause, walk around then slam the opponent on the mat.

This is how the slam is depicted in the ibjjf rulebook:

The height to which you raise an opponent also plays a factor. The majority of rules dictate you have the responsibility of putting down the opponent somewhat safely once you’ve picked them up.

One option for such situations is to set them down or alternatively to lower your opponent to a safer level then for on a standing guard break.

As per current rules:

IBJJF bans Slams for all belts under all circumstances. Grappling Industries also has it banned even though it’s quite progressive in its’ rules management.

And as far as EBI goes, while the even details all submissions are allowed slams are currently not.

Back at EBI 2 there was some controversy during Dane Molina vs Joe Murphy. Dane caught Murphy in a triagle from the guard and Murphy defended by lifting. This was followed with a slamming during which the heads of the two fighters collided and Dane’s nose started bleeding.

Regardless, nowadays at EBI once you pick up an opponent above your hip they have to let go of the submission. Interestingly this rule is still not featured on the rules card flashing before the event starts. Of course some other events such as Polaris don’t forbid it:

This is where a skill called ukemi comes in handy. This is just what Garry Tonon worked on in order to endure Rousimar Palhares.

of course in the ADCC it is also legal but only under specific circumstances:

Glover was famously slammed in his match with Geo Martinez and you can tell just how deeply it’s affecting him in the clip below.

What do you think, is slamming a type of striking ultimately, that has no place in a bjj competition?