Underestimating Your Opponent in BJJ: Why Do You Keep Doing It Over & Over Again? 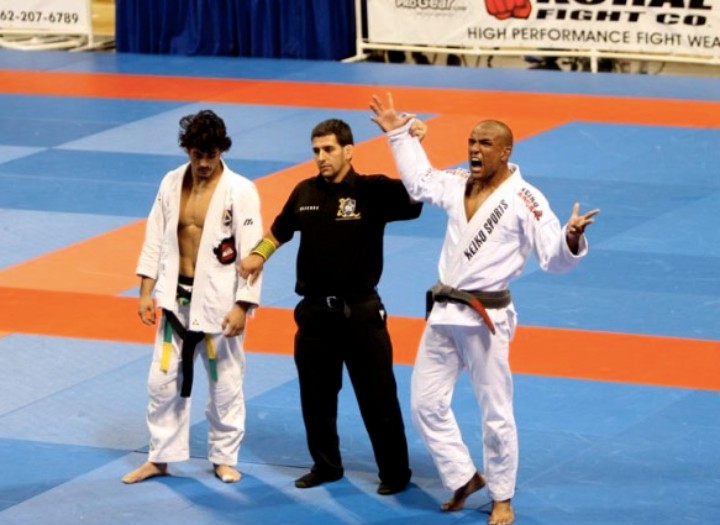 Recent history gives us some really good examples of this concept. A few that come to mind are Mike Tyson vs Buster Douglas, GSP vs Matt Serra, Luke Rockhold vs Mike Bisping and Holly Holm vs Ronda Rousey. All of these events shocked the world and the defeated champions as well.

Why does this happen over and over again? Well the main reason is a false sense of confidence in ones own ability. A person who earns so much success without any recent or major setbacks tends to forget about their own vulnerabilities. In BJJ this happens a lot when you have a fighter winning a few competitions and dominating all his training partners in class. He plays his bread and butter game, uses his athleticism and taps everybody one by one. Then when the competition comes he finds himself stuck in bad positions and constantly reacting defensively to his opponents attacks and loses the tournament. So what happened? Well, when training, the fighter never assumed that he could be put in a bad situation. Otherwise he would have put himself in those tough situations in practice. Starting from a locked triangle choke, having his opponent start from mount or doing takedown sparring shark tank style. He underestimated his opponents ability to put him in danger and therefor never felt threatened enough to train properly.

Look at the other side of the spectrum now. You have a challenger who has the champ in his eyes. He knows the odds are against him, but his training as never been more intense and his want has never been more. He doesn’t underestimate the champ because you have to be at a certain level to be a champ. He studies the habits and patterns of his opponent, creates the strategy and tactics to beat his opponent and trains with an intensity that few are willing to accept. Then when his hand is raised, the only ones who are surprised are the fans who never saw the insights to the two training camps and the defeated champion who underestimated his opponent.

Too often the advice to never underestimate our opponent goes unfollowed and the price of defeat is paid. Have a healthy fear of our opponents, because anybody can beat anybody and that is just a simple reality that our ego often hides from us. The United States underestimated the Afghanistan war. On paper the war should have been fast and decisive, but almost two decades later, no victory flag. Blockbuster Video underestimated Netflix and now their company doesn’t exist. The British underestimated the rebels and lost North America. The martial arts world underestimated the style of Brazilian Jiu-Jitsu in the early 90’s and they all got tapped out. Learn from history and follow this advise, “Don’t underestimate your opponent, ever”.