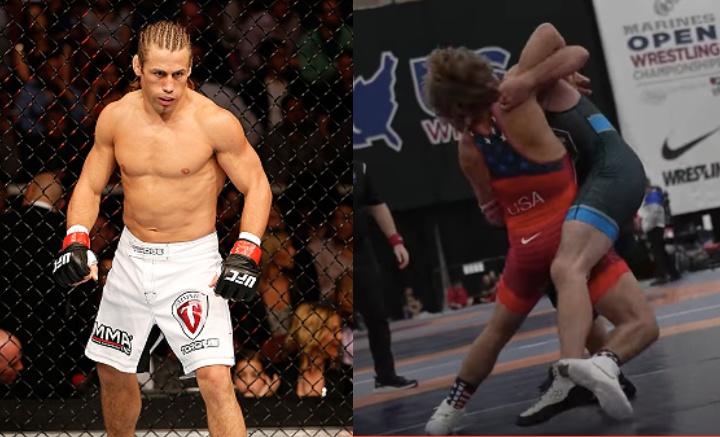 UFC legends Urijah Faber and Clay Guida recently decided to have some fun by competing in freestyle wrestling at the US Open. Both have extensive college wrestling backgrounds but admitted that they hadn’t competed in wrestling in close to 20 years…

While at UC-Davis, Faber was a two-time NCAA national qualifier, qualifying for the NCAA tournament in 2001 and 2002 in wrestling.

“It was great to go against the guy at that level, he obviously takes it seriously. Very dedicated. So I’m glad. The hard work for him paid off.”

“I had a great time, I was able to dig deep I think representative for my guys and had a good time.”

“And I love wrestling. I hope hopefully brought some more attention here. Yeah.”

“Anyways, all my guys were coming out. So I said, Hey, let me get in there and, and mix it up. So I really had a great time. And, you know, go back to the second place the Nationals. It’s my first time in 20 years, it’s not too bad.”