UFC’s ‘Russian’ Fighters: ‘We Lived In Tents With Soldiers Shooting At Us. In The Cage, It’s Just A Man. There’s Some Perspective’ 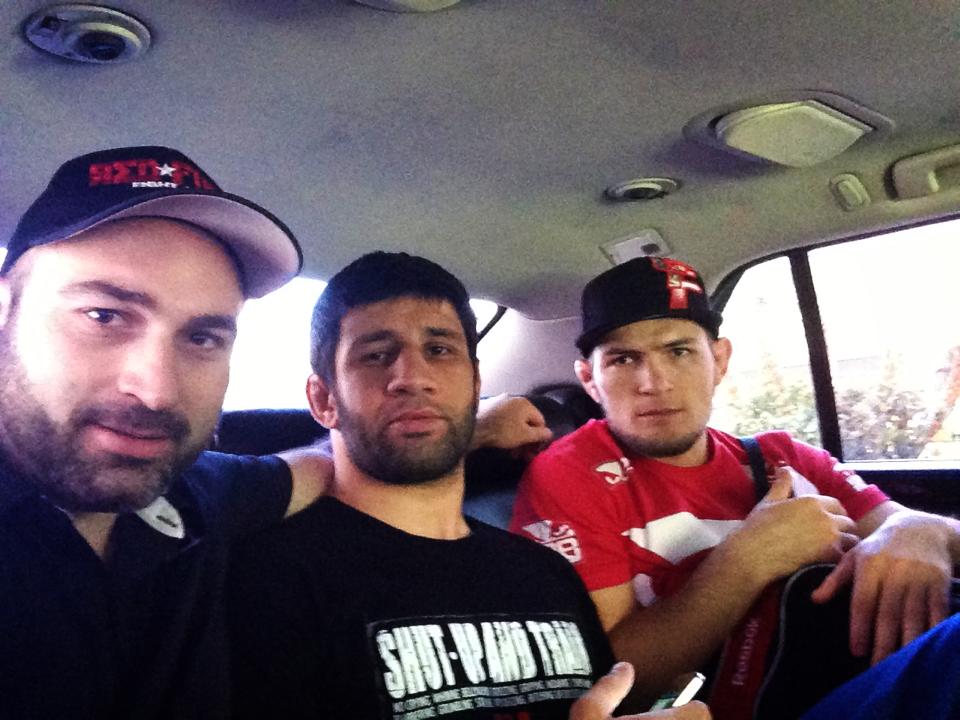 The Russian invasion of the UFC is happening. For Many of these tough fighters, fighting in the UFC is not that hard compared to what they’ve lived through back home. MMAJunkie did a great piece talking about these fighters who came from the cold, and the fact that they like being referred to as Russians.

“I asked if Adlan Amagov was always like this before a fight, if this was normal for him. He said, ‘I lived in a tent for seven years with Russians shooting at us from helicopters. In the cage, it’s just a man.’ That was kind of like, wow, there’s some perspective.”
-Mike Winkeljohn

Adlan Amagov, Albert Tumenov, Khabib Nurmagomedov, Omari Ahkmedov, Rustam Khabilov and others have all put on dominating performances at the elite level of MMA. The names are unusual to American ears, so US fans often catalog them individually as The Hat Guy, The Bellator Scary Guy, etc. Collectively, they are “The Russian Invasion.” 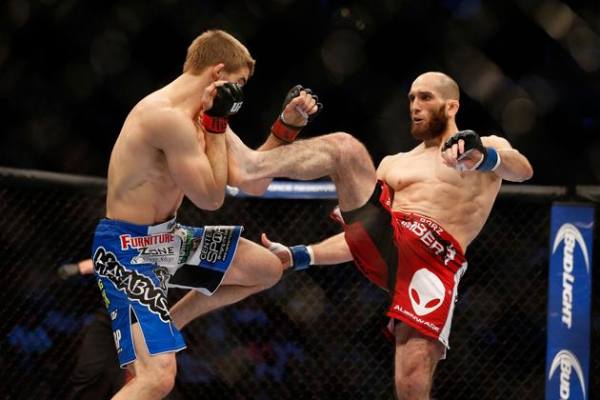 The thing is, they don’t want to be called Russian. MMAjunkie’s Ben Fowlkes spoke about it with with several people, including Murat “Master K” Keshtov, who runs K’s Dojo in Fairfield, NJ.

Keshtov trains a lot of fighters that people call Russian, but if you call them Russian to their face, they will correct you. They often speak Russian to each other, as there are 30 some different languages spoken in the North Caucasus region where most of the fighters come from. But they consider themselves Chechnyan, or Circassian, or Dagestani, and that is just the Cs and Ds.

“I know how it is,” said Keshtov. “Me, when I came here, every time I would be working somewhere, my co-workers would call me ‘The Russian guy.’ I’d say, ‘I’m not Russian!’ I’d explain to them where I was from and how it was different, and they’d listen to me. Then at the end, still, I’m the Russian guy. It made no difference.”

“I remember watching Ring of Combat. I was always thinking, ‘Man, I wish my guys were here. They would win easily.’ In my head, it was always this idea to make a team coming from our state.”

“That’s predominately where most of these fighters come from, probably 90 percent. The new wave of fighters in UFC and Bellator comes from the south part of Russia, the North Caucasus. It’s kind of an autonomous state. It’s like a little country within a country, but it’s officially part of Russia.”

“Wrestling, judo, sambo, anything to do with combat is very popular there. It’s been that way for hundreds of years. Eventually it becomes part of your culture without you realizing. If you’re a man there, especially, you have to be a fighter.”

“Here, for example, fighters are smarter (about their careers) in some ways. They’re savvy. They look at the situation and say, ‘Should I fight this guy? Does it make sense for me? He’s 10-0 and I’m 1-0, so no way I’m going to fight him.’ Especially you see this on the regional level. But over there, they fight anybody. You have two camps trying to negotiate a fight, and if one doesn’t take it, that’s an embarrassment. Everyone will look down on him, like it’s shameful. You disgraced our clan, our family, because you didn’t fight him.”

“I knew this could happen. For us, MMA was like, we have an opportunity to do this for a living? Hell yeah. That’s our middle name. Now, back there, MMA has taken over. You’re going to see a lot more of us.