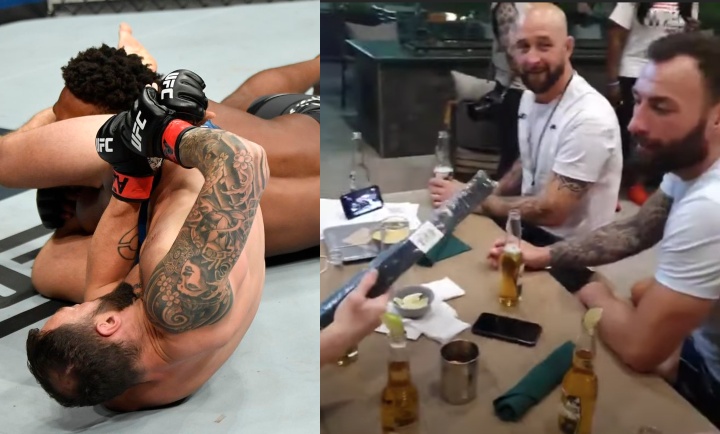 Scottish UFC light heavyweight Paul Craig had quite a weekend. Craig faced Jamahal Hill on 12 June 2021 at UFC 263. Craig won the fight via technical submission in the first round after dislocating Hill’s elbow with an armbar. This win earned him the Performance of the Night award.

Craig has 13 of his 15 wins by submissions. His speciality is the triangle choke.

After his victorious fight, while the then bjj brown belt Craig was relaxing with his opponent Hill, having beers, he was surprised by his BJJ instructor Marcos Nardini with his black belt in Brazilian Jiu-Jitsu: