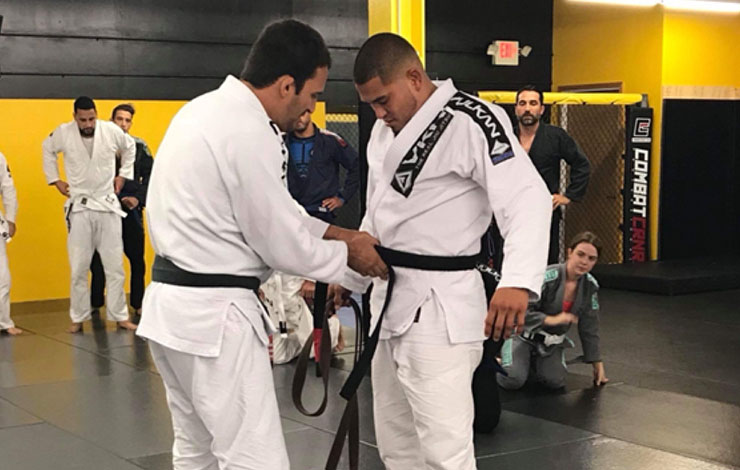 UFC’s Anthony Pettis has had a really nice streak lately. After turning his luck around Pettis submitted Michael Chiesa at the recent UFC 226 – Miocic vs. Cormier.

To crown that victory his coach Daniel Wanderley promoted him to black belt!