UFC Referee Mark Smith on Knowing When to Stop Submissions 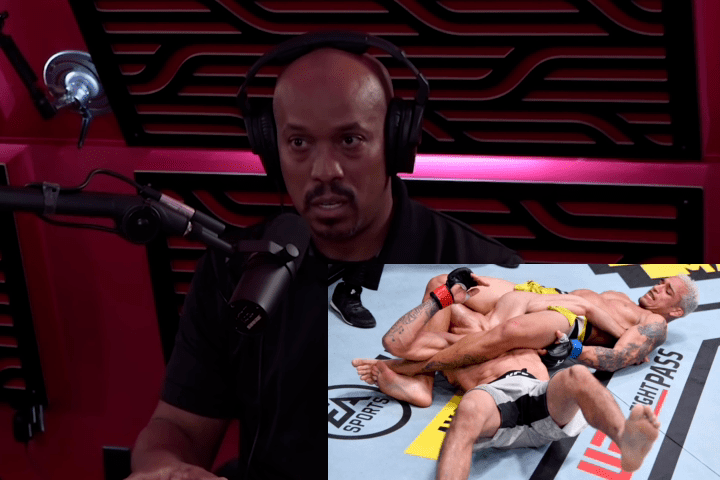 Being a Brazilian Jiu-Jitsu or a mixed martial arts competitor is hard enough… So could you imagine being a referee? It’s upon the referees to make a good judgement call when it comes to the athlete’s health; and in such a manner, they need to know when to stop the match. For instance, when are they supposed to stop submissions? It’s not an easy decision, especially at the elite levels of competition.
Mark Smith, a UFC referee, explains on the Joe Rogan Experience podcast.

UFC REFEREE ON WHEN TO STOP SUBMISSIONS

First of all, what about the Rear Naked Choke? When it comes to amateur fights, the fight may be stopped when the fighter is in a compromised position – explains Smith. However, when it comes to professional, elite levels… The referee will only stop a match if the fighter taps out or goes to sleep.
In so far as the other submissions are concerned, Smith elaborates that he has to either see a dislocation, separation, or something breaking in order to call it quits. Alternatively, he has to hear a verbal tap – not a grunt, but something more akin to an uncontrolled scream.

For example, Smith and Rogan go over the Tony Ferguson vs. Charles Oliveira fight which Smith refereed. At one point, Oliveira had Ferguson in a gnarly Armbar… But Ferguson did not tap nor was the match stopped!
Watch Mark Smith explain the reasoning behind it on the video below: