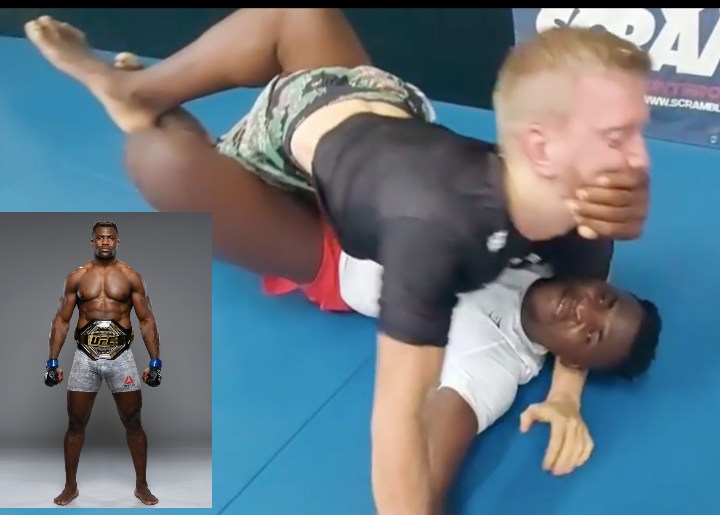 Francis Ngannou (11-2) of from Cameroon, captured the UFC Heavyweight Championship last Saturday night on March 27, in the main event of UFC 260, behind a spectacular performance, knocking out longtime titleholder, Stipe Miocic (21-3) inside of two rounds.

Ngannou at the age of 26, decided to head to Paris, France, to pursue a boxing career. Upon reaching Europe, he was jailed for two months in Spain for illegally crossing entering.  When Ngannou eventually reached Paris, he had no money, no help, no friends, and was living homeless on the streets of Paris. He began training for free in 2013 in the sport of MMA.

In this rolling session at his academy in Cameroon, he is rolling with British bjj black belt Sam Crook who  has done and better is teaching for free children and adults Brazilian Jiu-Jitsu and Grappling in the town of Batie, in Cameroun at the Francis Ngannou foundation.

“Getting almost crushed to death with a 50kg weight difference 😶

Thanks Francis for not actually killing me 😂👍”