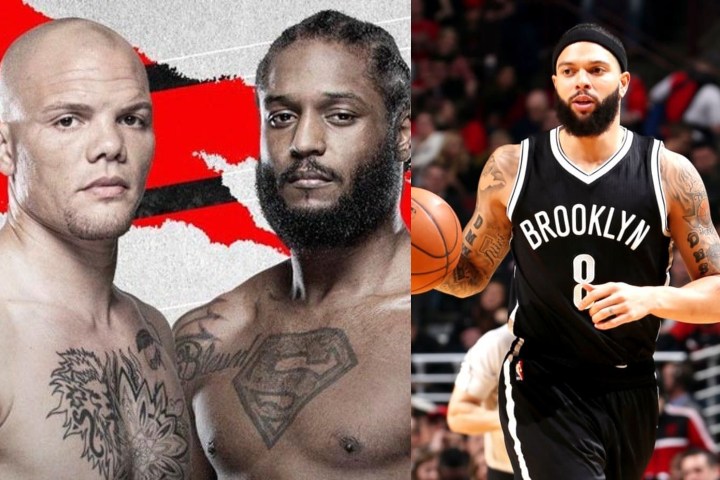 Former UFC light heavyweight challenger Anthony Smith will fight Ryan Spann in the UFC Vegas 37 Main Event. A convincing win for Spann would make him a challenger for the title.
In the fight week, Spann revealed that he had trained with a professional basketball player who dominated him in training.
To TMZ, he described the training session with three-time NBA All-Star and two-time Olympic champion Deron Williams who also has a rich Wrestling background. In elementary school and middle school, Williams won two state wrestling championships. In 1993, as an eight-year-old, he won the 67 lb. weight class Texas State championship. Four years later in 1997, he won the twelve-year-old 116 lb. weight class championship

“Deron whooped my a*s one day. I’m dead serious. You can call him and ask him.”

“I was training for a fight, and coach was like, ‘Deron, get in. And, I already knew he hooped, and I knew who he was, but I never got to go with him. I think it was my second or my third round with a fresh body, and you put Deron in, I was like, ‘Oh sh*t, nice, I get a round off.’ Little did I know Deron used to wrestle. And, he was about 230 at the time.”

It wasn’t until Deron was on top of me and me struggling to get up, and coach gonna look at me and say ‘I’ve been working with him for the last couple of years. You thought you were gonna get this round off?’ He got me, but the next round I hit him with the right hand and he hasn’t sparred me since.”

Rashad Coulter — who works out with Williams — tells TMZ Sports, “He’s a good wrestler and has fast hands.”