UFC Fighter Wants to Fight Actor Vince Vaughn, Who Has Been Training Jiu-Jitsu for 5 Years 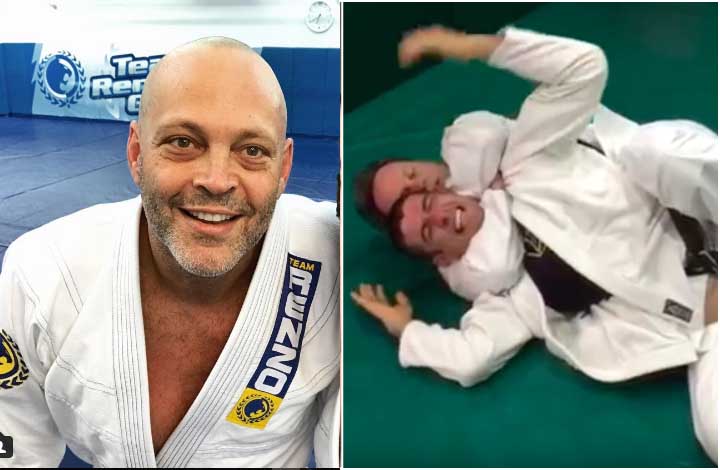 3rd round TKO victory for Fiziev.

In his post fight speech, Fiziev pointed to actor Vince Vaughn and called out the actor out for a fight.

“Give me three months, and I’m ready to fight again. We have one legend here, maybe he wants to fight with me. Yeah, his name Vince Vaughn … Yeah, I love him.”

Vaughn who was in attendance responded with a smile and thumbs up.

Why challenge Vince Vaughn? Because Vaughn has been training Jiu-Jitsu for close to 6 years now.

Vince Vaughn is next pic.twitter.com/Is4gBWwQA1

Brazilian Jiu-Jitsu is getting more and more popular among the Hollywood A list celebrities. Famous people that train or have trained in BJJ include Ashton Kutcher, Prince Jackson (son of Michael Jackson), Marlon Wayans, Freddie Prinze Jr, Shaquille O’neal, Paul Walker, Scott Caan, Scarlett Johansson etc.. The list goes on and on.

Actor Vince Vaughn joined the list of celebrity bjj practitioners  a few years ago. After 2 years of regular training, he was promoted to the important rank of blue belt by Rener and Ryron Gracie at the famous Gracie Academy.

Vaughn first started training because of his daughter who enrolled in bullyproof. He then took a class for himself and the rest was history.

Vince Vaughn earned his blue belt. He began with us in Feb 2016 and he’s been training consistently for 2 years. Occasionally he would need to travel to film a movie, but he always finds a place to train on the road. Vince is one of the kindest people I’ve ever met and always takes time to connect with other students on and off the mat. We’re honored to train him and his kids, and if I had to bet I’d say he’s in it for life!

Vaughn has also trained at Renzo Gracie academy in NYC: