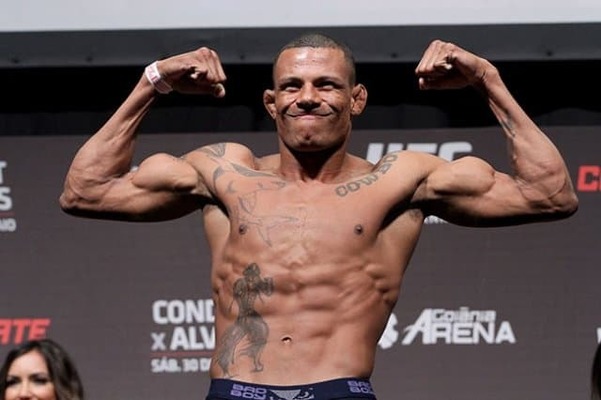 UFC Fighter Alex Oliveira has ran into some big legal trouble. Police are expecting to speak to UFC welterweight Alex Oliveira and his lawyer Monday in regard to an alleged assault of his ex-wife in Brazil.

The alleged incident took place Saturday morning, Lourenco confirmed in an account similar to the one he had given UOL. According to the ex-wife’s statement, Oliveira seemingly was intoxicated when he showed up to meet her and their 5-month-old baby, and left with the baby on his motorcycle. The fighter also allegedly assaulted her with punches and pulled her by the hair.

“The story being circulated in the media about the incident involving UFC athlete Alex Oliveira does not reflect the reality of the facts. The news that there is an arrest warrant issued for him is false. He will, along with with his lawyer, meet with the precinct chief in charge to give his side of what happened in a timely manner.”