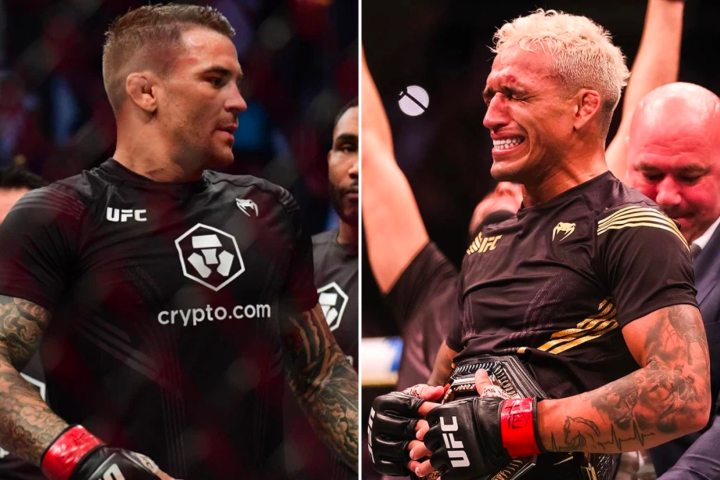 Around the globe, thousands of wrestlers and fighters aspire to make it to the world stage and demonstrate their sheer courage and determination. But only a few MMA fighters make it to the world stage of UFC. The Ultimate Fighting Championship (UFC) is watched by over 5 million viewers, streaming content online. Every time the UFC’s fight card is issued, viewers and fans are excited to know about the upcoming title defense and challenger matches. Over the years, many young males and female weightlifters have made their way to the UFC arena.  Whether it be the Welterweight division or the heavyweight title match, viewers are glued to their screens till the very last second of every round.

UFC fighting events engage more than 100 million viewers worldwide, who love betting on the odds and gambling big. Caesars sportsbook provides real-time updates and fixtures of upcoming fights and off-the-record verbal clashes between seasoned fighters. Online betters and seasoned gamblers from all 50 states of the US are tuned to online platforms to understand the odds before placing bets. From UFC fighting events, individuals could generate thousands of dollars through gambling on the ideal fighter at the right time.

UFC 269 is scheduled to be held on 13th December 2021 at the T-Mobile Arena in Les Vegas, Nevada. The main fight card events and expected fights are already made to the news on various e-betting and sports journal websites. The event of UFC 269 would likely be attracting around 1 million international viewers, paying online to stream the live HD content. The event would be featuring many young and seasoned fighters, including Charles Oliveira and Dustin Poirier, fighting for the lightweight title. Before the main event, no one can suggest or comment on possible outcomes, though this event remains one of the most awaited events of the year 2021. Continue reading to find out about the expected fights likely to occur on 13th December for the UFC 269 event.

The current UFC lightweight champion Charles Oliveria has been in scintillating form after defeating Michael Chandler at UFC 262. Since that win, Oliveria has dominated the lightweight category; however, his opponent Poirier stands #1 in the lightweight category. The expected fight between Charles Oliveria and Dustin Poirier would be the main card event of the UFC 269. Both fighters would be competing for their title and honor, as one stands as the champion and the other is leading the rank. Both these powerhouses and their sponsors are up for the fierce duel, which is most likely to decide an ultimate champion of the lightweight category. It’s been 6 months since UFC lightweight title has not changed hands, so it’s most likely that Poirier would be eying the golden opportunity to win the fight and get his name on the record books. Experts and analysts have predicted Poirier’s red hot form and ranking make him the lightweight championship’s top contender. The Title Fight would be going live on every UFC streaming channel operating via pay online streams to buy watch time.

It was recently announced that Amanda Nunes would be up against Julianna Pena at the event of UFC 269 for a title defense match under the Bantamweight category. The title match was initially scheduled at the event of UFC 265, which had to be canceled as Nunes withdrew from the event due to the Covid-19 virus. In December 2019, at the main event of UFC 245, Nunes defeated Germaine de Randamie via a unanimous decision and was declared the new Bantamweight champion. Since then, Nunes hasn’t faced any competitor for her title defense. This would be the first time that Nunes would be up against Julianna Pena, who also aims to get her name on the record books. Julianna Pena stood #5 on the MMA ranking and earned this chance after winning over Sara McMann at the event of UFC 257. Pena has been among the most consistent and dedicated fighters in the UFC circuit, who love competing against formidable rivals. It is expected that the fight between these two would be generating over millions of dollars overnight for the gambling industry. The entire UFC community is eagerly waiting for this title fight which has been due for 6 months.

In the final mega event of the year, challenger Jorge Masvidal will be up against Leon Edwards. Masvidal is confident of improving his overall rankings and reputation, which were disturbed after 2 consecutive losses against Kamaru Usman at events of UFC 251 and UFC 261. This title fight is considered very important for the upcoming career days of Masvidal, who seems out of touch. On the other hand, Edwards would be looking to consolidate his rankings and past performances, including a 9 win streak. As this significant fight is added to the main card event of UFC 269, the fight between Brandon Moreno and Deiveson Figueiredo has been shifted ahead and scheduled in UFC 270.

It is predicted that the fight between Kai kara France and Cody Garbrandt might turn the odds in favor of gamblers and online betters. The New Zealander MMA fighter has 22 wins under his belt, among which 10 came via forceful TKO’s. On the other hand, the American Cody Garbrandt is confident enough to make history by defeating his opponent at the event of UFC 269. Cody Garbrandt has 12 significant and lethal wins against his name, making him the favorite for this all-important fight.

After the main event, viewers across the globe would expect young and determined fighters to demonstrate their skill, courage, and attitude at the undercard event. The event would be featuring competitive action between Pedro Munhoz vs. Dominick Cruz, Gillian Robertson vs. Priscila Cachoeira, Randy Costa vs. Tony Kelley, Alex Perez vs. Matt Schnell, Geoff Neal vs. Santiago Ponzinibbio, Ryan Hall vs. Darrick Minner,  and Maycee Barber vs. Erin Blanchfield.