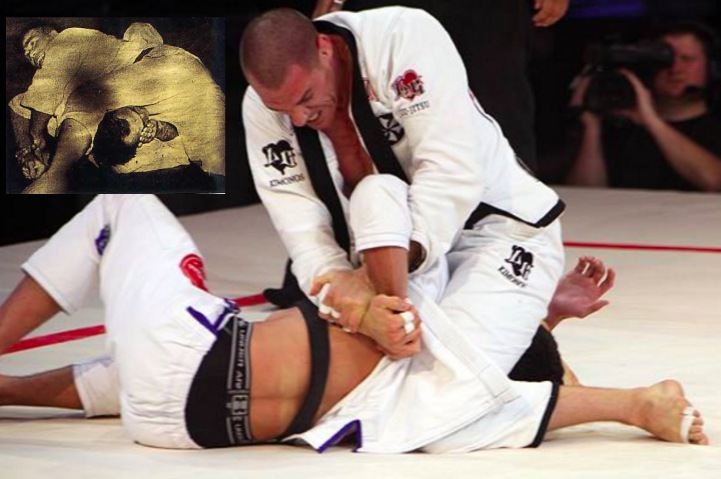 The Ude Garami, or Bent Shoulder Lock, is not actually a Kimura Lock.

It is the brother of the Kimura, the Paint Brush or Americana. The Kimura would be known as the Reverse Ude Garami, or the Double Wrist Lock in Catch Wrestling circles.

There are a lot of different names and sources to what we now know as the Kimura Lock. The most famous of them is the story of Masahiko Kimura, who the technique is now named after.

It was only recently called the Kimura after Masahiko Kimuradefeated Helio Gracie with it. The story of their battles jumps back half a century in Mixed Martial Arts history.

In 1949, Mr. Kimura was considered to be one of the best Judoka to grace the planet, and Helio being the warrior that he was wanted to prove himself against the best. Helio issued a challenge to Kimura, who at first denied his request. In his stead, he matched Helio with Yukio Kato and claimed that Kato would defeat Helio just as easily as he would. It was believed by the Japanese that if Helio had lost to Kimura, they would have claimed the size differential was too much (Kimura was 35lbs heavier than Helio). This is why they chose Kato to represent Judo, who was about the same weight as Helio. This way, there would no disadvantage to Helio and it would prove Judo was superior.

In their first match, Helio and Kato fought to a draw. They had a quick rematch after just 23 days and in that bout, Gracie choked Yukio unconscious. 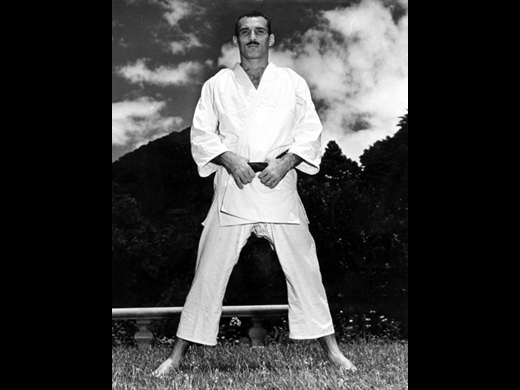 The infamous Gracie challenge remained strong, so Kimura obliged and faced Gracie in Brazi l. The highlights and only video of the match are shown above, but from all accounts Kimura completely dominated Gracie. The rules of the match were that only a knock out or a submission would end the bout. At first Kimura attempted to knock out Helio by repeatedly throwing him.

A lesser man would have probably given up, but Helio is a survivor and even though he was getting rag dolled he did not break. Kimura released he would not finish Helio by throwing, so he then resorted to beating him on the ground. Masahiko applied the reverse ude garami that would be forever tied to his name, Kimura. Even after breaking Helio’s shoulder, Helio still did not give up. It was only because the referee intervened and stopped the fight that Kimura was declared the winner. 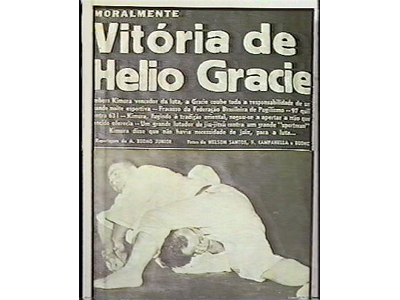 Masahiko Kimura describes the match in his own words below:

“20,000 people came to see the bout including President of Brazil. Helio was 180cm [5’11”] and 80 kg [176#]. When I entered the stadium, I found a coffin. I asked what it was. I was told, “This is for Kimura. Helio brought this in.” It was so funny that I almost burst into laughter. As I approached the ring, raw eggs were thrown at me. The gong rang. Helio grabbed me in both lapels, and attacked me with O-soto-gari and Kouchi-gari. But they did not move me at all. Now it’s my turn. I blew him away up in the air by O-uchi-gari, Harai-goshi, Uchimata, Ippon-seoi. At about 10 minute mark, I threw him by O-soto-gari. I intended to cause a concussion. But since the mat was so soft that it did not have much impact on him. While continuing to throw him, I was thinking of a finishing method. I threw him by O-soto-gari again. As soon as Helio fell, I pinned him by Kuzure-kami-shiho-gatame. I held still for 2 or 3 minutes, and then tried to smother him by belly. Helio shook his head trying to breathe. He could not take it any longer, and tried to push up my body extending his left arm. That moment, I grabbed his left wrist with my right hand, and twisted up his arm. I applied Ude garami. I thought he would surrender immediately. But Helio would not tap the mat. I had no choice but keep on twisting the arm. The stadium became quiet. The bone of his arm was coming close to the breaking point. Finally, the sound of bone breaking echoed throughout the stadium. Helio still did not surrender. His left arm was already powerless. Under this rule, I had no choice but twist the arm again. There was plenty of time left. I twisted the left arm again. Another bone was broken. Helio still did not tap. When I tried to twist the arm once more, a white towel was thrown in. I won by TKO. My hand was raised high. Japanese Brazilians rushed into the ring and tossed me up in the air. On the other hand, Helio let his left arm hang and looked very sad withstanding the pain.”

That is the end of story of why the reverse ude garami is called the Kimura lock – but not the beginning.

Catch Wrestling has claims to using the double wrist lock much earlier, and to some accounts, hundreds of years before Judo. Some of the popular Judo icons such as Mitsuyo “Count Koma” Maeda and Masahiko Kimura have fought and trained alongside catch wrestlers while doing professional wrestling matches. No doubt they had some influence on their style of combat, as catch wrestlers are very fond of the double wrist lock, such as infamous MMA fighter Kazushi Sakuraba. You can check out this link to some old school Kimura action.

So now you know your Reverse Ude-Garami, Double Wrist Lock, Kimura Lock or whatever else you want to call it.