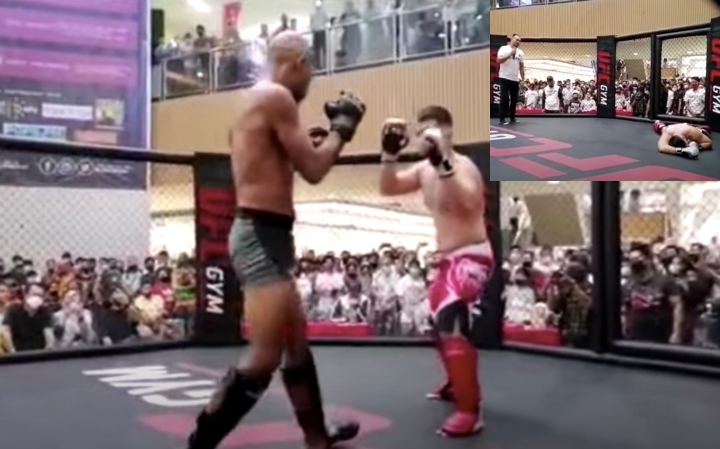 In video, the fighter wearing grey shorts, Reginaldo Cruz, knocked out his opponent with a spinning backfist in less than 20 seconds into the fight which stunned the crowd.

The BJJ black belt referee Jerry Legaspi saw through their bad acting and told the acting down fighter to get up.

“The whole thing was shocking, actually. I wasn’t a part of their act, but I had to react somehow. I really didn’t see any legitimate hit [from Reginaldo Cruz]. When I look at the fighters, I always watch their face, their reactions and everything.”

“The fight had just started and elbows weren’t allowed. It was really surprising to me. Their acting was bad. They should’ve gone to a workshop for that.”

Editor’s Note: Christian Ensomo, UFC Gym Philippines’ head of operations, reached out to the International Business Times to clarify that King of the Fight is not affiliated with their organization. Ensomo later said that they merely allowed the amateur promotion to borrow the cage as they had their own event that same day.