Two Cops Try To Hold Down A Jiu-Jitsu Black Belt; He Easily Taps Both Of Them Out 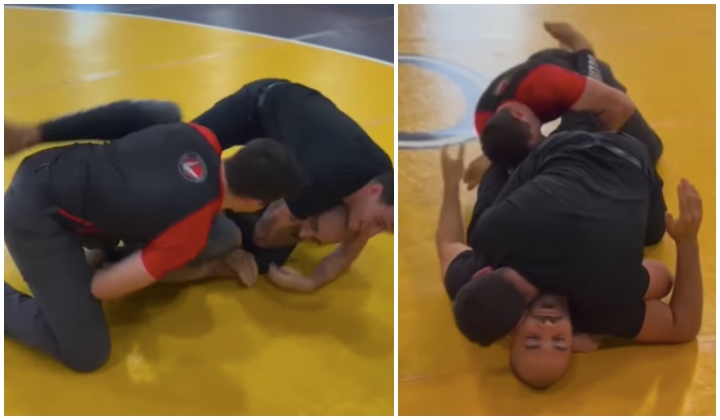 Jiu Jitsu has definitely proven itself against every layman and especially so for the members of the law enforcement. However bjj is often begrudged lack of efficacy for more opponents than one.

In reality, there is no perfect martial art against multiple attackers.

As Navy Seal and BJJ black belt Jocko Willink says, the best strategy is to run:

Jocko Willink Explains Why the Best Self Defense is Running Away

BJJ Black Belt Evandro Nunes takes on the challenge. Two police officers with basic Jiu-Jitsu knowledge try to hold him down and arrest him.

You can see his strategy is to deal with each one individually using his flexible guard. Once one attacker is eliminated, the rest is easy: