Two Common Principles To Add More ‘Bite’ To Your Chokes 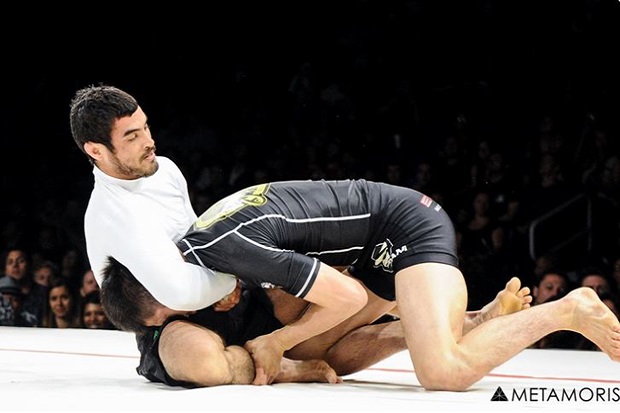 Written by Gerry Young, BJJ brown belt based in Tasmania, author of  gerrybjj.blogspot.com.au

I have taught (and practiced) various choking techniques in the last few weeks and have found that I have been asked similar questions each time. In order to explain I have found myself talking about the principles that all chokes have in common.

Broadly I think that there are two main principles that all chokes have in common, this are not specific things such as “grip here” or “squeeze there”, but rather principles that make choking techniques effective in application. I am a big believer in learning through principles and concepts as out lined in a previous post titled “Technique:Principle vs Preference”. The two principles involved in choking are:

I have been using an analogy recently of the hangman, like the ones you see in movies about the

“Wild West”. When the guilty party (or innocent party for that matter, not judging…) is lead up the steps to the gallows they follow the same two stage process. Firstly the hangman fits the noose around his/her neck and then they pull it tight to remove any slack. This is the first principle, the second principle of applying pressure isn’t done by the hangman, but by gravity. The hangm
an (hanger) drops the trapdoor and the condemned party (hangee) falls down. Their own body weight under the force of gravity applying the deadly pressure.

So to apply this analogy to actual grappling technique I thought I would talk about two different choking techniques and how the principles are applied in each case. I will discuss the Guillotine from guard and the Rear Naked Choke from back control. While these two techniques are very similar in the process of removing slack, the pressure is applied in a different way for each.

In summary when I observe a student having trouble with a choke in rolling 90% of the time it is because for one reason or another they haven’t been able to remove all of the slack before they attack. So even if they do apply pressure correctly the will still require a great deal of strength to complete the technique as the will need to compensate for the slackness of the initial choke.2.       Applying Pressure – The means used to apply pressure varies from choke to choke, but many techniques share similar methods. I chose to talk about rear naked choke and guillotine because they each represent one of the two most commons methods. In the case of the guillotine choke, once the slack is removed the pressure is applied with the body weight. By driving our hips deep underneath our partner (and passing a leg high over their back to prevent escape) we effectively “hang” our weight from out partner. This pulls them into the choke and makes it mechanically hard to posture back up. The same basic principle applies to almost all chokes from the guard as you are under then person, so in a prime position to hand your weight off them. Think of triangle from guard and cross lapel choke from guard as two other examples. The rear naked choke is done using a constriction of the body. It can also use gravity if your partner is facedown, but primarily it is done through constriction. By this I mean that once the arms are locked in with zero slack the choke is completed by expanding the body (by breathing in) which removes space and forces your partner into the choke. The same principle applies, to Annacondas, Darce/Brabo, Head/Arm, North/South and many others.

Have fun on the Mat.