Turtle Up! Here Are Turtle Fundamentals You Need To Know 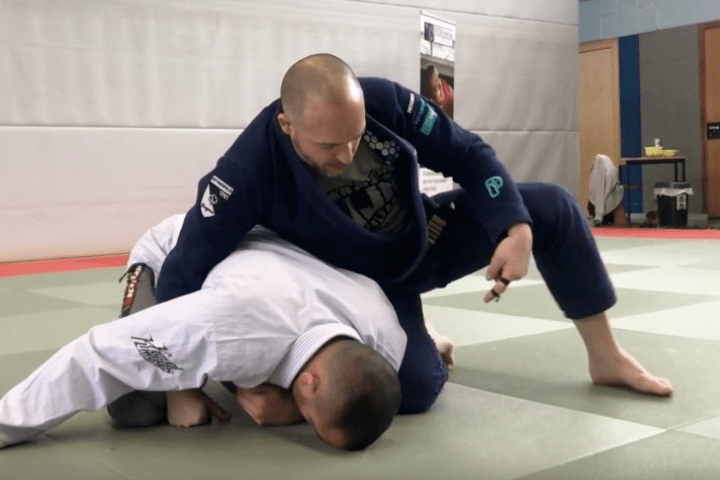 The Turtle position in Brazilian Jiu Jitsu is one that you’ll commonly find both yourself, as well as your training partners and opponents in. So, it is of vital importance not only to know how to „play“ it right when on the defense yourself; but it’s equally important to know how to take advantage of the situation when your opponents turtle up.

For that reason, you first need to understand the Turtle fundamentals – basically, how to position yourself in order to be able to set up your attacks at the best of your abilities. Robert Drysdale shows just that!

The smallest of details often get overlooked, but sort of end up being one of the most important ones, right? Well guess what: that’s true for your toes as well!

In so far as your knees are considered, Robert demonstrates that you can keep either one of your knees on the mat, and the other one off – or have both of them off the mat. It really depends on the situation and the attack you want to set up.

KEEP AWAY FROM THEIR HEAD AND STAY CLOSER TO THEIR HIPS

Ever been in a situation where you take your opponent’s back and slip off of them, feeling bad because you’ve lost such a great position?

Well, the reason behind that is that you were too close to your opponent’s head! Robert emphasizes that this applies to the beginnings of a Turtle attack setup; after you’ve chosen the side to attack from, unless you’re trying to set up the infamous Clock Choke and unless you really enjoy setting up the Crucifix position, there’s no reason for you to be near your opponent’s head.
Another great tip that follows from this is that, when you get your opponent’s back, you need to beware to not let your head come over the „line“ of their head. This will ensure that you don’t slip off.

So, instead of being near their head, stay close to their hips. Shift yourself there, to a sort of a diagonal position: so that you’re now not too close to the top of their body, nor behind it either.

Finally, the grips. Following from the points given above, Robert shows that you must not grip your opponent’s collar too high. You might want to do that because you want to set up some sort of a choke; but, unless – again – you’re trying to set up a Clock Choke, there’s simply no chance that you’ll be able to make this sort of a grip into anything productive.

Instead of that, feed the cross-grip of your opponent’s lapel a bit lower, below the sternum. Then, pull that lapel so that your elbow stays outside of your opponent’s hip – this will ensure that you are controlling it well, incapacitating them from effectively rolling, sitting into guard or standing up.

Those are the basics! There’s much more to it, but for now just watch Robert explain these fundamentals one more time on the video below: