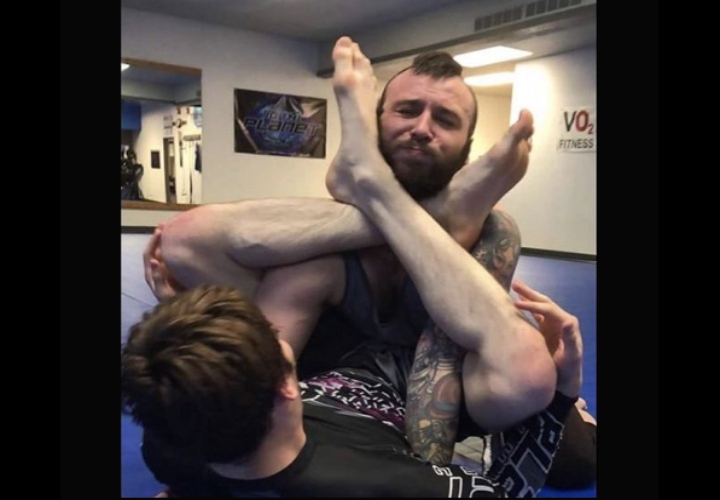 Two years ago, many sport articles were dealing with the rise and reign of Golden State Warriors. If you’re not following basketball it might serve you to know the GSW had revolutionized basketball by architecturing their game around the 3-pointer – something nobody had done before – because 3 pointers were considered a low percentage move.

Now, jiu-jitsu is an individual sport where you have every personal liberty to allocate your training and pick your own strategy. We’ve listed some of the men who have organized their game around a certain concept, honed in on what makes it work and rode it for all it’s worth.

Early days of jiu-jitsu were colored by the Gracie mantra of “Basics win fights”. But then came Eddie Bravo and muddied the water. Way back in 1994, Eddie was a young enthusiast of martial arts with some high school wrestling experience when he came across Jean Jacques Machado academy.  Now Jean Jacques has a unique style himself, in spite of being Carlos Gracie Jr. black belt. Being born different meant Machado had to rely much more on overhooks and underhooks because he couldn’t really use the gi grips due to his disability.

This is something that stuck with Eddie and worked itself nicely into his preferred position – half guard. But instead of using traditional half guard he also uses a lockdown with it in order to push the opponent’s range of flexibility and cause debilitating pain. Back in 2003 the match that made Eddie’s career practically started with him pulling Royler Gracie into Half Guard and then working from there. Their rematch at Metamoris 3 also involved a variation on theme – Eddie was determined to get him into quarter guard, which he promptly did.

Eddie puts on a nasty electric chair submission attempt on Royler.  This puts his opponent in a forced splits position.  Royler weathers the storm with his amazing flexibility:

On the female side Michelle Nicolini, an 8x world champion and an ADCC champion prefers the Shin to Shin Guard or a slight combination of it with Spider guard. This hybrid combination of spider guard and shin on shin guard is extensively used by her. Changing the DLR hooking leg to a shin block instead allows you to unbalance the opponent via spider and then sweep. Another benefit of this guard is that it effectively stops aggressive knee slide passers. Nicolini uses this guard variation to setup the shin on shin version of the situp sweep. One of the most decorated bjj athletes out there (male and female), Nicolini is consistent in utilizing these moves for years. While they are nothing to gawk at, when combined in her unique way they provide ample results.

Another specialized player is Leandro Lo with his Single X Guard. Single X Guard is a great option for a proficient ankle picker like Leandro Lo. A natural lightweight athlete, Lo tested various weight classes and honed in on this position. This is one of those versatile moves that can work against a heavier opponent. Now while X guard is harder to go into it offers more options, SLX has much easier entry from a couple of positions but only one real sweep against a standing opponent. And of course there’s a direct submission opportunity from the sweep. Clark Gracie has based most of his game on the omoplata, which is known as a great move to set up sweeps, but is typically difficult to finish. Clark is a master of the technique and has countless amounts of set ups and is able to set up the move from any position. He likes to finish the omplata by transitioning into a ‘Clarkoplata’ which is half choke half shoulder lock.

Much like previously mentioned Eddie Bravo, Lucas Leite also specializes in half guard. At first glance Leite’s guard seems pretty basic. However there are several subtleties that make all the difference. One of them is aiming to attack the back. Leite frequently uses a deep underhook every so often reaching the opponents hip on the opposite side and he uses an outside hook to trap the opponent’s leg. Upon further look it becomes clear that the outside leg trap makes his half guard more of a quarter guard since he prefers the opponent’s knee to be free and past his trap because that way he can exert maximum leverage on the opponent’s leg. This threatens to torque the knee of an opponent and injure if they don’t turn their hips away or straighten trapped leg. Both produce benefits for Leite.

Ryan Hall is the latest winner of The Ultimate Fighter series and the guy who altered how we view the 50/50 position. The founder of the 50/50 gym served an important role in popularizing one of the most popular sweeping positions and one that has been the most controversial. This is another one of those positions many people consider detrimental for street success of bjj. Some time ago he claimed he has shown that 50/50 is applicable at the highest level.  And arguably 50/50 offers plenty of submission options even though it’s sometimes used for stalling.