Try This Slick Armbar from Side Control Setup by Nicholas Meregali 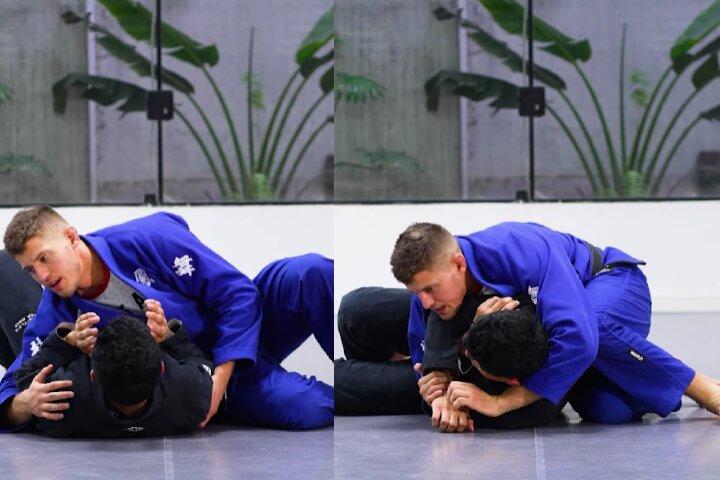 Usually, when learning how to set up an Armbar from Side Control, you’re taught to pull your opponent towards you (by grabbing behind their shoulder); so as to expose them not just for Armbar, but also for Kimura finishes. However, that may not always work – especially as your opponents become better and as you go against heavier athletes.
Nicholas Meregali has a good alternative option for this sort of a setup. Check it out below.

Instead of pulling the opponent towards you, in this Armbar from Side Control setup you will push them away from you. Meregali explains that he does this often, because it gives him more options for an attack rather than when his opponents have their back against the mats, with strong frames.

To push them away from you, you’ll not only use your arms – but you’ll also use your legs as a sort of a “post” from which you’ll gain sufficient power. However, Meregali emphasizes that keeping your legs straight won’t cut it, because it allows for space between you and the opponent. Therefore, as you push your opponent away from yourself, make sure that you’re sort of “circling” into them… Getting your knee close to their back and hips, staying tight throughout the motion.

By doing so, you’ll have your opponent laying on their side; and you will have a much easier time of isolating their arm now. You can simply try pushing their elbow down and establishing a Gift Wrap grip – which will enable you to go for an Armbar.
Meregali demonstrates this setup on the video below:

Attack from everywhere using these techniques for finishing fights from Nicholas Meragli – including moves he used to win at the most elite levels. 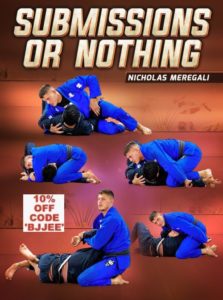