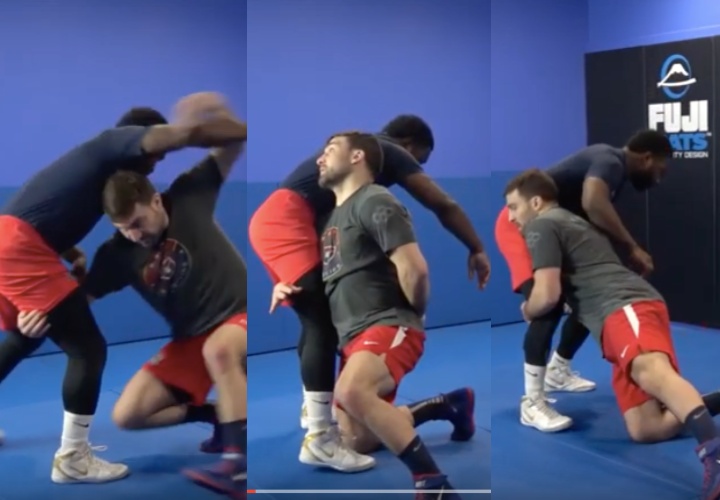 Oh yes – the double leg and its fun variations! It’s certain that we will never have enough of the versatility of this takedown and of seeing it work in real time.

So, today we’ll examine the pointers and advice given by the NCAA finalist, Dan Vallimont, for getting the double leg from a high crotch entry position.

1. Use pressure from the get-go

Coach Vallimont starts by explaining that it is of utmost importance that you use pressure immediately from the start: if you are away from your opponent and you are not conducting any sort of pressure on him, this takedown will not work.
Instead, engage your opponent – control his arm from the inside tie position, maintaining the head-to-shoulder contact and pressure.

In order to get to the high crotch entry position, coach Vallimont provides the following, clear steps:

1) Short-step with the inside foot;
2) Take a big step with your outside foot and clear the arm;
3) Inside hand to the crotch and your outside hand meets it when you have cleared the opponent’s arm. You have now gained the high crotch position.

3. Did you set everything properly for a successful double leg?

Before going for a double leg from here, coach Vallimont emphasizes that you need to have everything in the right position: your base and „drive“ leg need to be posted properly, your hips in, your back upright and your head straight.

To perform a double leg takedown from a high crotch position, Dan Vellimont emphasizes an important point: get the pressure going into the opponent first, so that his weight starts to shift. This shifting of the weight will make it possible for you to grab the other leg – drive into them first and only then go for it.

After the opponent’s weight starts to shift (it will take some practice before you start noticing this happening instinctively) get up to your feet and run through him; doing so by switching of your legs and taking small steps in order to get the takedown.
–
Also, take one vital point to heart: coach Vellimont points out a frequent mistake of trying to finish the takedown from your knees or grabbing the leg from this position. Don’t do that, it will not work: you must come off your feet and run through your opponent in order to get the double leg. 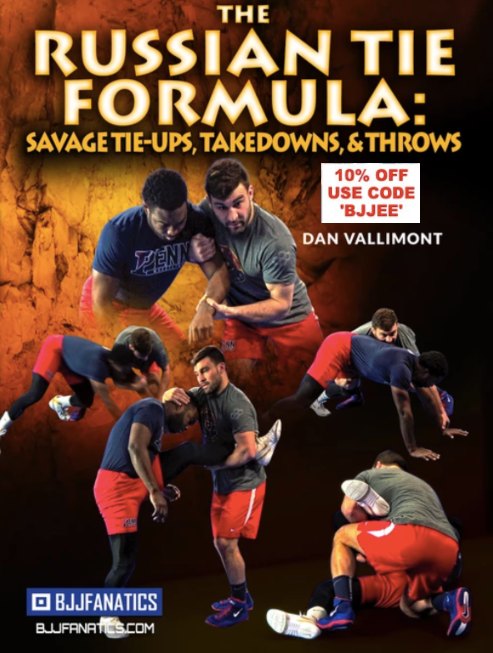