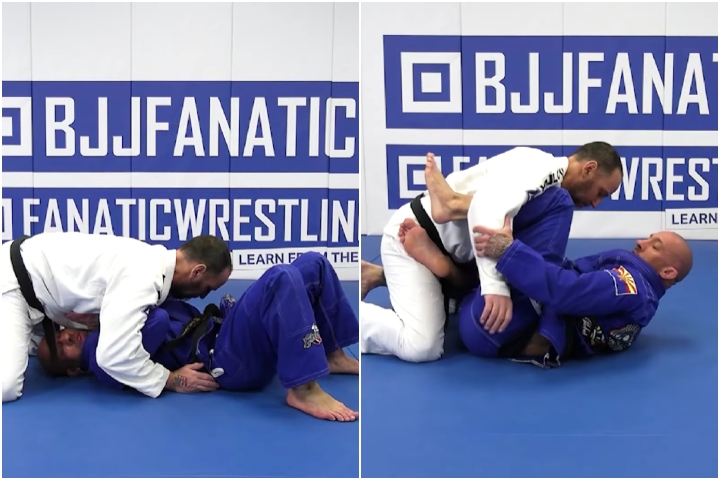 Boy oh boy, does being stuck in the North-South position suck. You know how it is: your opponent is seemingly making it impossible to escape and you’re left with nothing else but to wait for their next move… Hoping that you’ll be able to escape when they make it.
Well, here’s the deal. You don’t have to wait for them to do something in order to go for an escape! You simply have to learn the following escape technique, which won’t just put you out of danger; but it will also give you an opportunity to go on an offensive yourself.

Professor Sleeman emphasizes that you first have to establish frames – if you don’t have your frames, you’ll have to fight to establish them. After you do so, you’re simply going to “bump” the opponent up; doing so through a short bridging motion and by pushing them with your arms.
From there, you’ll bring your knees in-between yourself and the opponent’s chest. Then, dive in with your hand across and towards the opponent’s opposite-side hip, and use that momentum to tuck your leg underneath their armpit. This will make you faced towards the opponent with proper framing – and, thus, able to impose your own game!

Watch the video below to see this North-South escape in action: