Travis Stevens: ‘When Doing BJJ, I Use Wrestling Much More Than Judo’ 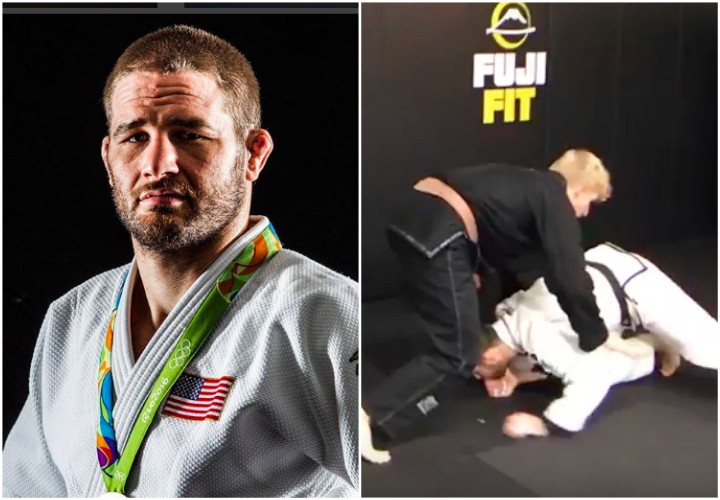 In his third Olympics, Travis Stevens achieved what no other male American did, get a silver. The fifth seeded Stevens, won his first three matches during the preliminary rounds of the men’s 81kg tournament. During two of these matches the Judo and BJJ black belt was able to defeat his opponents with his superior ground game.
Stevens recently faced ADCC champion Yuri Simoes in a BJJ superfight at Fight 2 where he ended up losing the match by split decision.

In a past AMA on Reddit, Stevens revealed that in an IBJJF match, he would in fact pull guard:

I train 8 times a week I go to renzo’s when i can on weekends which since the olympic run has only been 1 every 3 months where as before it was every weekend Good is a relative term, I’m better than most but not as good as the Garry Gordon Eddie Depends on the rules rules dictate strategy but in an IBJJF match I would pull/Jump Guard.

When FloGrappling asked Travis Stevens, about how he looks at guard pulling he responded:

“I think it’s a must. I’m a big fan of guard pulling in jiu-jitsu. And I believe knowing where to put your hands and knowing how to grab the gi properly is an important part of being a guard puller. It’s an essential part. I would much rather see my players pulling guard rather than jumping guard.”

Now Stevens reveals that when he does BJJ, he uses more Wrestling than his world class Judo:

Here is a quick shot on your opponents ankle that you can do to score a quick 2 points. Having a little bit of basic basic wrestling can really help you with your takedown game. That says a lot coming from a judo guy. But when I do BJJ I mostly use wrestling.  My judo is just use to intimate people on the feet but I almost never pull the trigger on the throws.

Having takedowns that your opponent don’t see coming that are not consistent is important. That’s what this technique is for me. Something that isn’t done that often but it has a high percentage of working because it really catches my opponents off guard. I will give this disclaimer though: Don’t do this against a good wrestler (good meaning national level or higher).

Travis shows a sweet low single shot that is perfect for BJJ and Wrestling, but not illegal in Judo with the current IJF rules:

Travis Stevens on how we can blend judo and wrestling to take people down and keep them down. 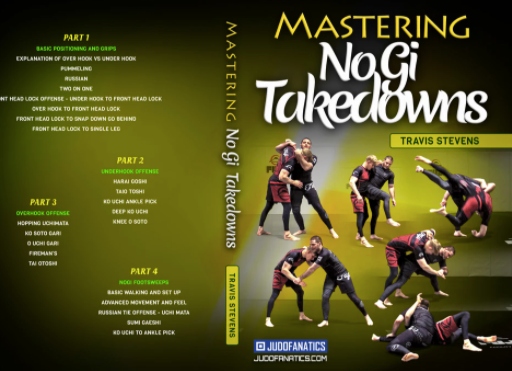